[Another old post from my Diary of Dadness archives]

I still have my old football cards which date from about 1969-1985. Every now and then I look back over them and critique them as works of photography.

Geoff Blethyn kicked 107 goals in a VFL season this year (1972), wearing glasses. And yet you never hear about him. The photographer has chosen the same dramatic angle for all the Essendon shots it seems. A kind of, well, up the shorts angle really. 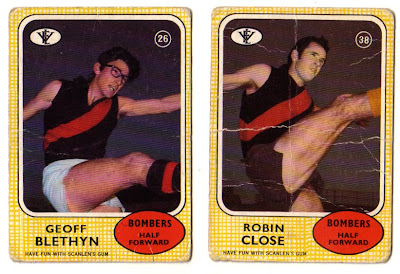 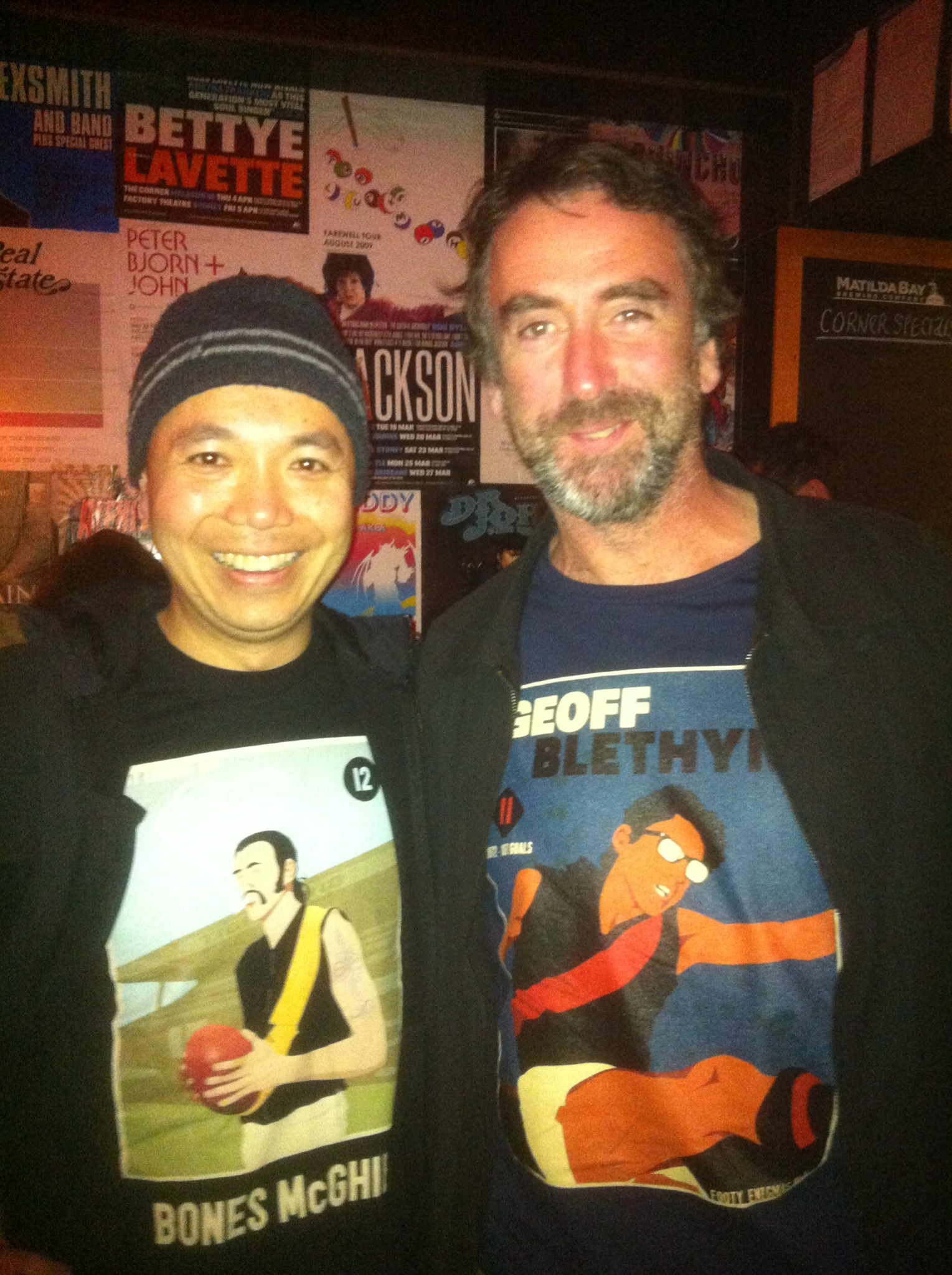 2014 update – I have done a t-shirt based on this card, modelled above by Age scribe Peter Hanlon,
while Dr Vincent Yuen rocks a Bones McGhie

What is going on here with Ross Brewer’s arms? I’ll bet he was a hoot when he did his Mr Tickle routine in the rooms after training. 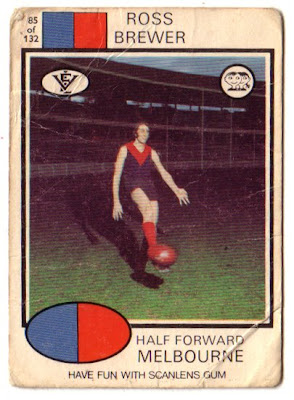 I love a player who strikes the same pose year after year, especially a lairy one like “selling the dummy”. Peter Bedford had all the skills and won the Brownlow Medal. Paul Callery is mostly remembered for being tiny and going on to be a stats man on ABC radio – I think he has a PhD now as the other fellas call him “Doctor”. 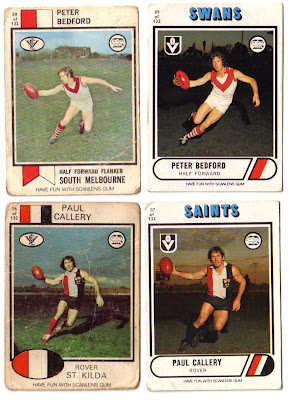 Sometimes the ball gets a bit slippery. These pics all have a touch of “whoaaaah there” about them.

And finally: the Swans mostly-white jumper seems to have caused some over-exposure problems here. He would have been stumbling around blinded for a while after the flash went off. 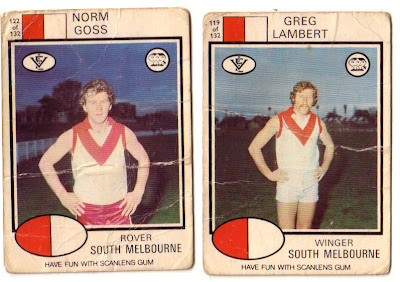