There is a Ritual Salts bag lying in a field in Eastern Ukraine. The farmer, Valeriy Sulyivka who picked it up and who saw the suitcase in which it was packed fall, doesn’t care for Breestraat in Leiden, but that is where the passenger Hans Noteboom bought his gifts for his wife. He bought some moisturiser – specific to her preference and some vitamin facial cream. The Ritual Salts bag was un-torn and neatly folded. This indeed would be a nice gift for his own wife. Whatever the creams were, it seemed that there expensive. Whatever the case, they were exotic and in smart bottles. And then he left them; they weren’t his business and his wife wouldn’t care for such products after all. And then Valeriy continued on his morbid journey throughout the sunflower fields: inspecting more bodies, seeing more goods, turning a few over. He left them be, but, he did take a belt that was in a pair of jeans that was dangling out of a small suitcase. He needed a new belt after all. The war had been going on for some time now and only now with the arrival of civilian debris and the civilians themselves had their lives become interesting to others. 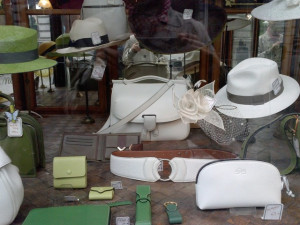 I’m sitting at the cafe on the bridge next to one of the town’s ice-cream shops. I’m about to order my sandwich and the waiter asks where I am from. I tell him, ‘I’m from the country that is ranked one below Cape Verde in the FIFA world rankings.’ It is his second day on the job and he has shown his nerves by asking, ‘what would I like to order?’ An ‘I’ instead of a ‘you’; oh, details, details. He doesn’t take the bait and moves onto the next customer who I am sitting with. ‘I think he doesn’t like football’ says Sander. I say, ‘I think I don’t like being asked where I’m from in such a manner’. And then I tell Eric and Sander, my two lunch companions whom I have bumped into per chance, ‘the funny thing about Leiden is that, unlike in other places, it’s not the tourists who always stand out, it is the locals. The locals are so loud, noisy and take up so much space. Whenever one sees someone walking carefully and aware of their surroundings, talking in a soft level, one immediately can detect them as being Spanish or French or German.’ ‘What about Americans?’ of course Sander asks. ‘Oh yes, well, they’re the exceptions.’ 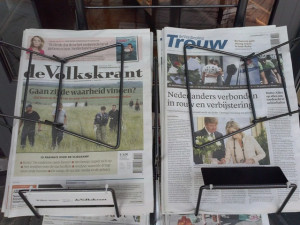 Jens runs twice a week at the Leiden Athletics running club. He trains on Tuesdays and Thursday nights with a man called Ad. And as usual, on this early Tuesday evening, the group of twelve so runners are running gently and slowly through the local wooded area. This is the warm up, before doing a series of long sprints around the track. It is officially called a forest: but there are no opportunities for getting lost and there are clearly delineated paths. The Netherlands – so contained bordered, structured and man-made. Jens is talking with Simon – an Australian visitor, ‘did you know anyone on the flight to KL?’ The answer is no and they continue their chit-chat. And then, ‘my boss was on the flight.’ Someone else asks, ‘you’re boss boss, or your immediate boss?’ ‘No my boss with whom I work, with whom I must answer to.’ And then the coach, running slightly ahead says, ‘I’m going to a BBQ later to a village where two of the young men come from. They were both 28.’ The group of twelve or so runners emerge from the forest and into a clearing. There is a wedding taking place. Tables are lined up in the late afternoon, early evening sun. Gentlemen and ladies dressed neatly in bold and bright colours. Children play nearby on the lawn. Jens says, ‘the taxi driver came into the office saying, it was me who dropped Hans off at the airport. People tried to contact him on his phone, but there was no answer.’ 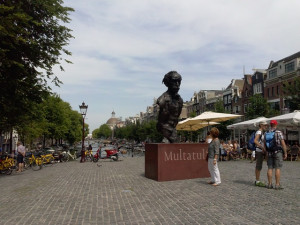 The radio talks footy down the internet: Forward of centre. Plays on. Tries to kick it further on. It’s game on in the second half. Kicks it out of the congestion. He’s on four disposals.Did enough. Handpass. Worked it out pretty well. Didn’t take the mark. Survives at half-back. Clears the benches. Going very early. Didn’t do him any favours. Well set, though. Who marks at right half-back. So, having a run at half-back. Centers it up. Had a piece of it. Locks it in underneath him. Inside the centre square. Still just two goals. And one. This will be holding the ball. Cut it off. Kick is no good on the way out. Flops into the arms of. Will be able to take the shot at goal from close in. Gives them a bit of a sniff. Not half as good as their opponents. Stabs it through for a goal. They’ve got to get a double up now. Authority and precision and put their imprint on the game. It has got to happen now or it can’t happen. Playing seven forwards. Got to man em up. Decisively. With the tackle. It was free kick for high. Win it back again. Missed. Comes up with it. A couple of advantages that didn’t really advantage. Left half forward. Like he thinks he can kick it. So far in this game. Let’s see how the ruckman goes. No chance. Towards the square. Handballs. Deep in the pocket. Play within their capacity. At the throw-in. 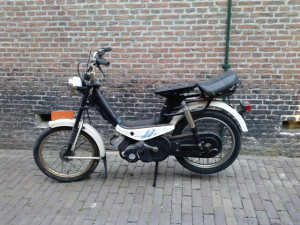 Militant 2: It’s the Cernukhinskis. It’s the Cossaks who stay in Cernukhinks, from their post.
Militant 1: The plane disintegrated in the air, above Petrapovlovskaya, we found the first 200th – a civilian.
Militant 2: How are you doing there?
Militant 1: It’s pretty bad. It was civilian debris falling in people’s yards. Fuck.
Militant 2: Any weapons?
Militant 1: No nothing like that. Civilian objects, toilet paper, pieces of medical objects, towels, that kind of rubbish. 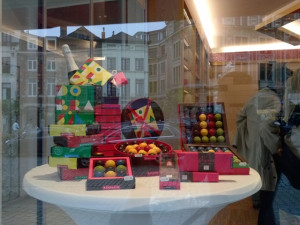 Breestraat is being renovated: it is having its guts ripped to pieces operated on and inserted with all sorts of new wires and tubing. They’re making the footpaths wider and reducing the number of buses that pass down the street. Moreover, they’re dropping the speed limit to 30km per hour. The Ritual Salts store is opposite the Gemeente, the Town Hall. The flag hangs at a half mast. The woman dressed in a white shirt and black apron working behind the counter thinks of the customers she served on the mid-morning of Thursday 17th. The news agency sells the newspapers that channel anger. And people talk quietly and sternly at their running group meetings about the futility of grandstanding; being aggressive. Jens says, ‘little work got done today’. Ritual Salts is yet to and unlikely to open a branch in the Ukraine the customer service clerk tells me. 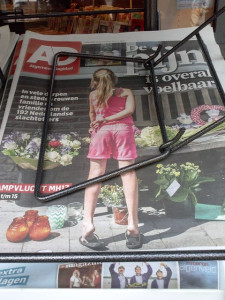