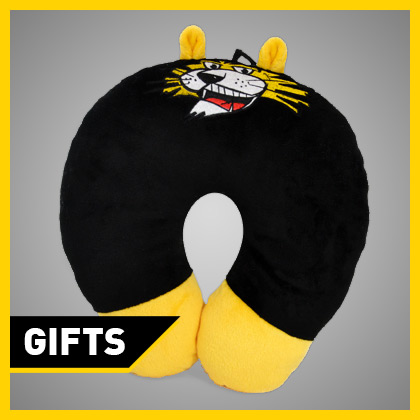 And suddenly I realised that I have been a fan of the Tiges for 15 years. Probably this is only half as long as that of many, or even less for others, but, it is still long-enough to have some perspective on a club’s trajectory. I haven’t been a member every year for the last few years and I haven’t been to as many games as I would have liked. While living overseas, I’ve watched the games on live-streaming. I had tears in my eyes after that game in which we beat Hawthorn and it meant that Captain Newman would finally play in a finals series. These were games I would have liked to have watched live – in the traditional manner: in a crowd full of shouting and with the ability to hear the players colliding with one another.

I returned to Melbourne recently and the first game I attended was the one against Brisbane. Never had I imagined that I would feel like leaving early during a game in which Richmond was winning comfortably. I sat on the lower deck in the southern stand; warmed in brilliant winter sunlight. I sat alone and occasionally talked with my neighbours: we laughed at the mistakes of our Club and the Formerly Fitzroy Lions. Richmond were terrible. The Lions were far terribler. I was struck by the half-heartedness of the cheering for the Tiges. I don’t blame anyone: I too couldn’t get excited. Not even in the slightest. And this was my first game for years.

The Richmond faithful are not fools and have witnessed their fair share of false-prophets over the last few decades. There were fleeting moments of optimism under Frawley and Wallace; but the down-times were far longer. Dimma: has brought us three failed finals campaigns and now here we sit: 7-11 and not even the faintest flicker of the finals. While watching the VFL game against Box Hill, I heard someone say about Richmond’s list: ‘Dimma is deluding himself’. Perhaps. Probably. Maybe. On Wednesday, at a local footy game, I spoke to a proud man wearing a Richmond Football Club ‘Member’ jacket. He said, ‘at least this year we have failed miserably and we can’t pretend that we are better than we actually are. At least we know we’re crap.’ For all our opinions, comments, discussions in the outer: I know they count for nothing because we are outside the ‘four walls’.

I wandered into the Club’s fanshop the other day: I saw a Richmond woollen jumper for $200. I saw a t-shirt for $40. I saw poorly-made, mass-produced jumpers for $120. I saw baseball hats for $40. I’ve got no cash to throw about, but I thought I probably wouldn’t buy any of those products even if they were half the price. I told the guy working at the store: ‘everything seems way over-priced’. And then we both muttered something about ‘AFL…licensing.’ Needless to say: the store was empty, apart from me and it was stuffed full of yellow and blackish ‘merchandise’. Stock hardly seemed to be flying out door.

I love the Club. Or, rather, I love the idea of what the Club can be and what the team and its players can achieve. Perhaps of this year’s team, only three can stand proud and satisfied: Dusty, Alex and Jack. Right now, I’m of the strong feeling that us fans of the RFC are being taken for fools. Our loyalty is being taken for granted. We cannot have another summer being sold hope by the same old false-prophets. The Club’s off-field stability is reflected in the stability of the team’s under-achieving on-field performance.