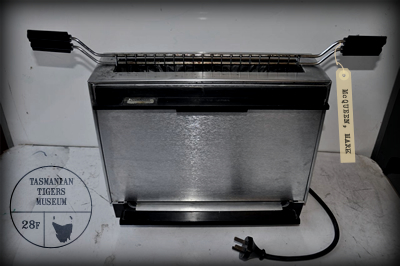 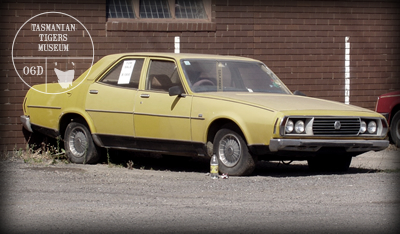 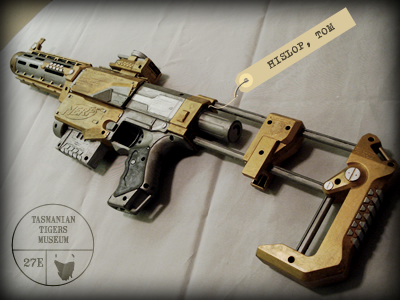 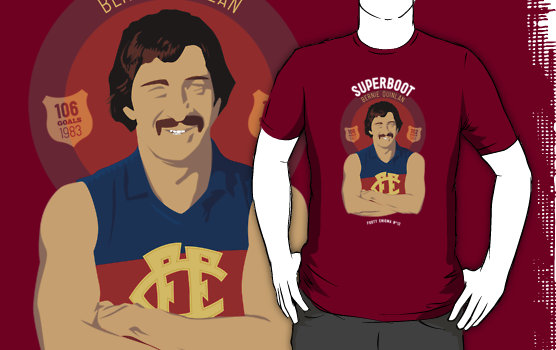 This feud is brought to you by the Bernie ‘Superboot’ Quinlan t-shirt in Bunton Maroon. You can also get this design as a cover for your phone, iPad, or baby. Yes, really.

Nostalgia overcomes me. With each football season past, the tides of life recede, and the beating heart of the old Lion is but fainter still. Oh the boys from old Fitzroy – the club we once held so dear – how it seems now a long ago dream. “In defeat we’ll always try.” What other club could have a song lyric of such sweet humility?

And yet once they were the Gorillas, and by 1922 this foundation Victorian Football League club had won seven premierships – more than any other – and three of its best – Haydn Bunton, Wilfred Smallhorn, Dinny Ryan – wrapped up five Brownlow medals in the 1930s.

I am a Tiger, but there is a place in my heart for the Lions.

Of all the games I’ve stood in the outer, turned my back to the ill winds of winter, loosened my throat to applaud the feats of young men on an expanse of green, it is but a handful of matches that are truly memorable. Perhaps it’s the curse of us Tigers. Ours has been a lean row to hoe.

And yet, and yet, never can I forget being at the MCG on the last Sunday of winter in 1996. A crowd of 48,884 turned up to see our beloved Tigers play Fitzroy in their last game in Melbourne. It wasn’t for the football that so many of us went; Fitzroy were on their knees, on their death bed. We went to say goodbye and pay respects to a football tradition nearly as old as the game itself.

I went with a heavy heart, and came home with it weighted further still.

That our Richmond routed the old Lion by 151 points was of no solace. Rarely can such a big win ring so empty. All those goals we kicked made no joy. It was a day for the Lions – a last hurrah on their last winter of discontent. It was a day to remember all that was good about their club; all its history, its belonging, its people. 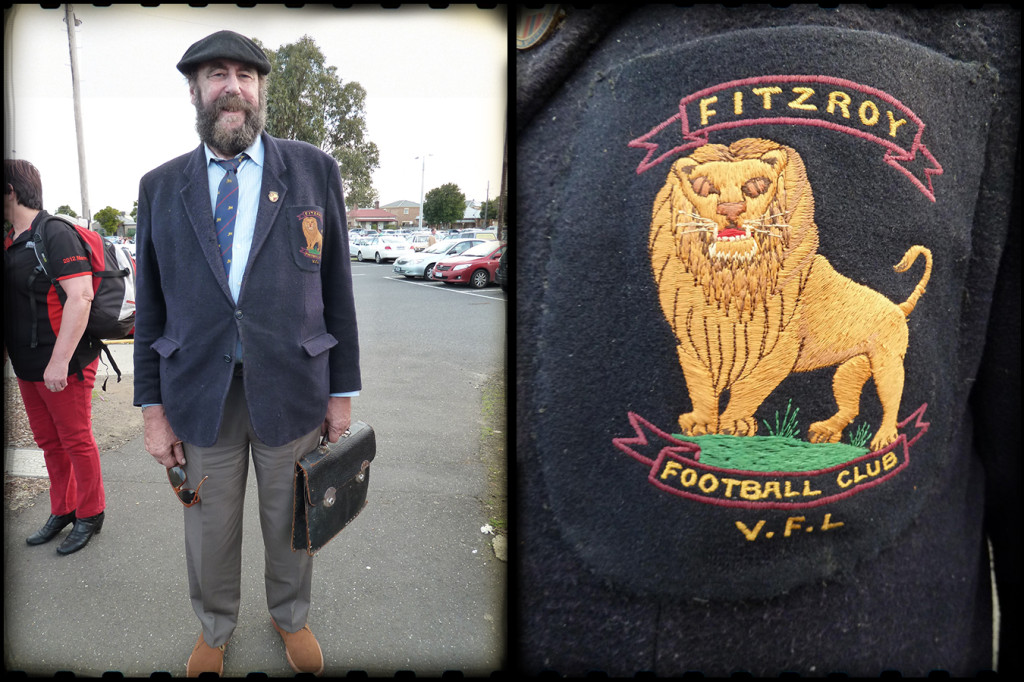 Brian O’Donoghue, past Fitzroy player, who lives in Elsternwick and still goes to the football.

I was in the Ponsford Stand and after the game sang the Fitzroy song as best I could with all others. We stood as one. None of us left early. I remember tears, and heavy-handed MCG security staff bullying the Fitzroy faithful, and I remember feeling both a sadness and anger. How dear they deny these barrackers their right to mourn! How heartless to deprive them of their farewell!

Weight of numbers – the sentiment of the day – won out, and the crowd spilled onto the arena and mobbed the last Fitzroy team to leave an oval in old Melbourne town, and I remember a flag being burned in defiance, and chants ringing out, and good Fitzroy people bereaved and lost and with part of their soul forever gone in the winter gloaming.

Last winter I looked it up on YouTube and remember being embarrassed. A long-haired 21-year-old Matthew Richardson, in his fourth season of league footy, was interviewed by Russell Morris after the game – as the Fitzroy players ran a lap of honour; amid scene of raw emotion, of grown men weeping – and these two men in the middle misread it all.

The world was burning – the Lions are dead, long live the Lions! – and ‘Richo’ blithely talked about his missed shots on goal, and those he kicked, and wanting to beat North the next week, and what Wallsy told the boys. “We just wanted to make sure we got the four points.”

I always liked ‘Richo’s’ last years the best, when he knew the end was near, when he had a greater awareness of his place in football, when he stepped beyond the sense of self. As with his television work, it’s gotten better with age.

Thank goodness then, for the sage words of Malcolm Blight in the commentary box. “You just think of a hundred years, and it’s just walked past our door,” he says. “It is a sad day in footy.”

Two of my Tiger heroes in that team of ’96 were old Roy boys. Michael Gale, older brother to Brendon, Richmond’s CEO, played 105 games for Fitzroy after moving from Tasmania, and before moving to the Tigers. And Paul Broderick – ‘Brodders’ – had 93 games in the maroon and blue before his 169 games in yellow and black.

We had plundered their stocks. Now we stood by, helpless, to watch their death. 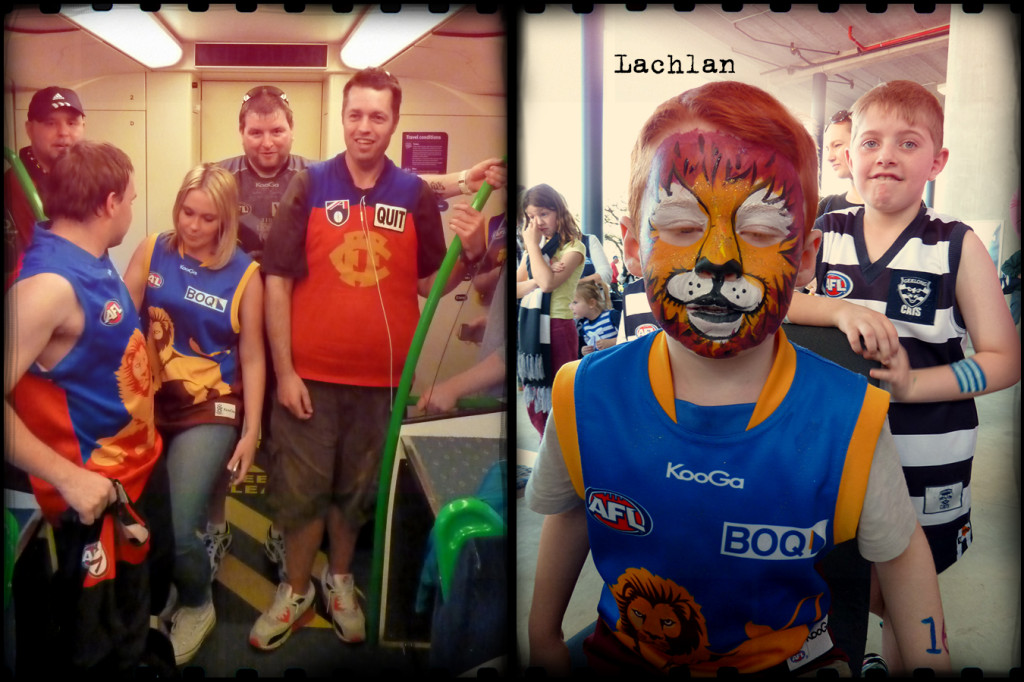 Left: Coming home: Fitzroy supporters on the way back to Melbourne at last season’s end.
Right: A young Lion: 6-year-old Lachlan White, from Lalor, born into a Fitzroy family and painted proudly in the colours.

Last year, when we played Brisbane at the MCG, I sat for the second-half among the Fitzroy faithful (“Come on Roys! Come on Roys!” they chanted) and was happy for them their belief has survived, and remains, and is strong.

And on the last game of the home-and-away season I caught a train to Geelong, to see the Lions play, and on the way home had one of my season’s most memorable encounters. On the station platform I met with Brian O’Donoghue, who played 10 games for Fitzroy in the 1960s, was a high-jumping champion, and says he went to Prahran Tech with Kevin Bartlett and Kevin Sheedy. He was wearing a Fitzroy tie, and a woollen jacket with a Fitzroy badge, and clutched a leather satchel, and he looked raffish and bohemian and like a player from another time, from a club from another era.

On the carriage – all seats taken by Geelong supporters, many looking sullen, despite their team winning the day by one point, and into the finals with a double-chance – I stood at the end in the luggage section with a small group of young supporters of the old Fitzroy. How the losers get to write the history, to tell the stories. We talked about that last Fitzroy game in Melbourne, sharing our memories of the most memorable of days at the football.

I hope our Tigers tame the Lions in Brisbane this Thursday night, but not too much. Again, they are a team on their knees, and a club that has weakened. Never mind their consecutive premierships; it’s an era long since gone. In the here and now, both their club and ours need this win urgently. Their need is probably greater than ours, but football is a cruel game, a cruel business to be in. When the ball is bounced, there is no room for sentiment, no room for nostalgia.

Our pride is in our song. We’re the Tigers of old, we’re strong and we’re bold, oh we’re from Tiger….

This chapter in the book of feuds is now closed. 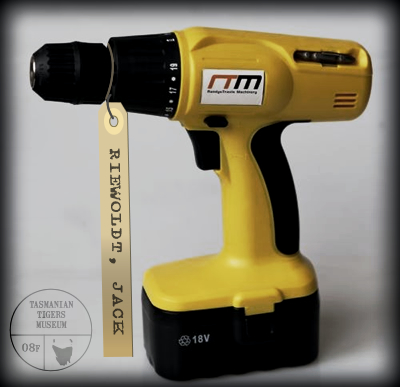 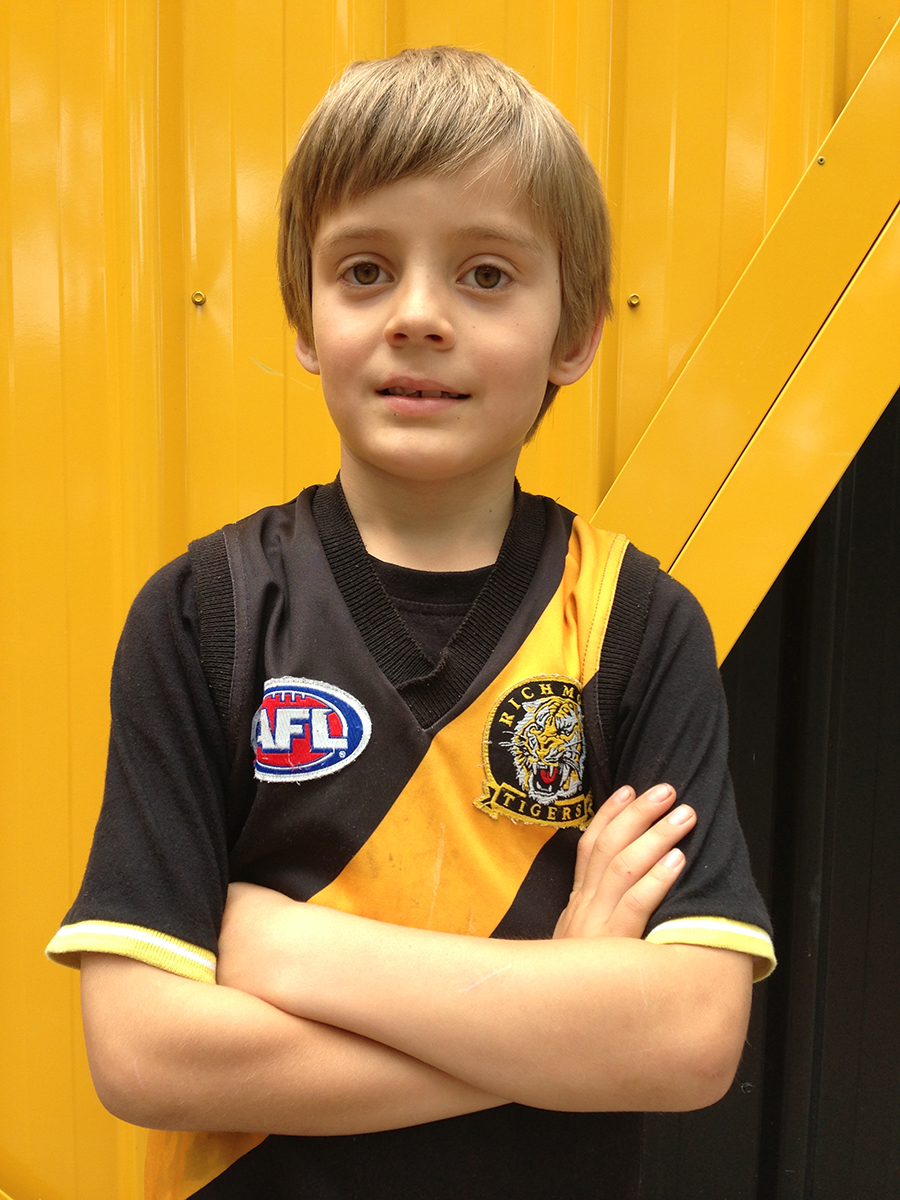 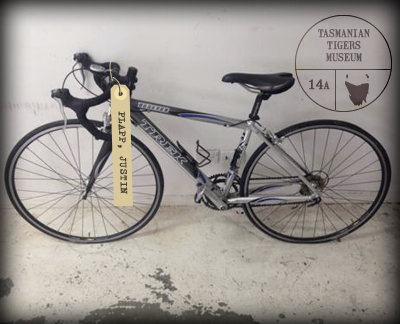 [Note – this is A match report, not THE match report which will flow from Dugald’s pen as soon as he gets the kids to sleep.]

We planned Saturday around watching the Tiges/Dogs game. My wife was in Canberra for three days, so the boys and I planned to essentially eat a lot of gluten and saturated fats, and watch a lot of footy.

Then we discovered it was delayed on TV. Which is the worst, because then not only do you need to block out spoilers from other media, you get the ads after goals etc. I decided to abandon my booking on the couch, and do some work downstairs while listening to it on the radio.

The first half was, of course, a disaster. And to be honest my first repsonse was relief. Thank God we weren’t again going to come in at half time with chests puffed out like The Tigers Of Old just prior to collapsing in a clueless spineless heap in The Championship Quarter. I just cannot take that disparity between strutting, high-fiving first half and swivel-eyed, almost comic desperation as the sand runs out of the hourglass in the second half.

Ideally I’d like Titch, Ellis, Grigg and Vickery to develop a cool, calm and methodical approach to last quarters. But failing that, could they at least develop a cool, calm and modest approach to huge first quarter blowout leads? Please? Surely some senior player, or even Dimma, could go around the troops when we have kicked the 7th unanswered goal, and say – ‘head down, take the breather, back to the center, man up and let’s go again’? No – it seems not. Planning the ‘14 premiership team tattoo seems to be the priority.

In any case, we had a break from that problem on Saturday, Marcus was upstairs by this stage watching the upset unfold while downstairs on the radio, the Tiges were reeling the Dogs in. So I flicked off the radio to preserve the mystery, so we could then watch the last quarter together. I felt pretty sure Riewoldt would have to come good and I didn’t see the Dogs having enough scorers to sustain the lead.

I was wrong. Marcus (12) stuck with it until the final siren then had to go off for a little bit of quiet time to deal with his disappointment. Michael (10) who prefers encyclopaedias and backyard archaeology to football, took it phlegmatically, as did the dog. They have both wisely refused to get swept up in any deluded sense of an upward trajectory at Richmond.

And so we have lost to two bottom 6 teams in Suns & Dogs and scraped a very uncreditable win against another in the craven and hapless Blues. Time for an attitude adjustment. We are going to need a major turnaround to make the 8. Collingwood (L) Lions (W) Hawks (L) and Cats (L) means we are likely to be 2 and 5 before we get a chance against Melbourne and GWS to even up a little. (I have no confidence in us beating Hawthorn again, rain or shine). Improvement has to come from throwing McBean, Lloyd, McDonough and Arnot a chance. With so little leadership coming from our senior players besides Cotchin, what have we got to lose by dropping Grigg, Newman and King for an experiment?

Positives; in sitting down to watch the last quarter I actually saw heaps of good moments. Conca seizing responsibility to run and risk; Vickery with a smart (!!) whack back over his head to a runner in the corridor; Orren Stephenson hitting Jack lace out with a pass after following up a centre bounce. All good. Jack looking like the Coleman winner of 08. Griffiths has been a shining success in the 3 games; good on the club for being patient.

I remain an optimist, but of course to do that one has to constantly adjust what it is one is hoping for. Now? Being in touch at three quarter time on Friday night. 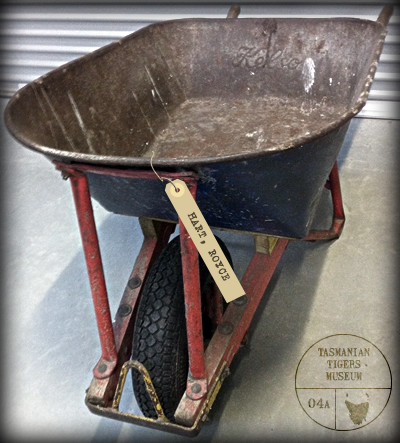 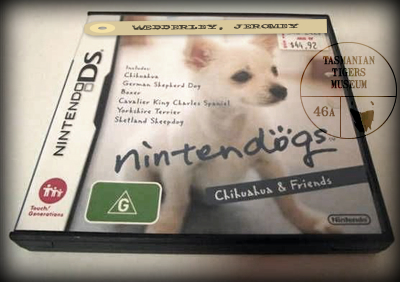