I have watched the last four games relatively closely. I watched the game against Greater Western Sydney. It wasn’t pretty: it wasn’t one for the ages. By the end of the season, all we’ll remember is the result. And so now, it is 8 wins 10 losses. Beats the hell out of 3:10 five weeks ago. Perhaps I was too negative then. Perhaps I’m too optimistic now.

Methinks we can win four of the next five games. I don’t know if we’ll make the finals or not. I don’t care. I want to see the Tiges win on Friday night and then win, win, win. And, if they have to do it against the Swans to make the finals, well, so be it. I want the season to continue for one more week. I believe the Tiges can beat the Dons. Perhaps the team is not as good as we thought before the start of the season. Perhaps they’re not as bad as we thought when they were 3:10. 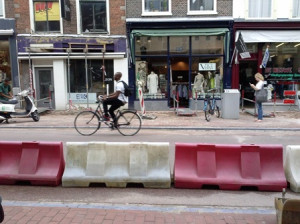 These wins have largely been forgettable, for me. But, perhaps because I haven’t been there: I haven’t taken a bus, a train, walked or ridden to the games – whether it be alone or in a rowdy group, full of hope and then annoyance at a lame performance, or of course full of glee after a win. Watching the game through the AFL’s live streaming is always a compromise and it can’t ever substitute for being there.

Watching the game through the streaming fits even less with one’s daily schedule and with that of those around oneself. I go to the market at half time. I go for a run at the game’s conclusion – and no-one around me knows the score or cares whether or not Dustin’s had a good game. Watching the footy locates oneself elsewhere: a kind of voluntary homesickness. But, I don’t feel homesick – I like it here, even though I don’t speak the language and always feel like an outsider and a temporary resident.

I want to state my support for Dugald’s and Chris’s venture of Tiger Tiger Burning Bright. I got to know Dugald last year through my correspondence with him. He answered my emails – promptly and politely. I admired the dedication with which he was writing TTBB. I felt very much that he captured the mood of many Richmond fans. For the first time, here was someone giving recognition to the thousands who come to watch the Tigers play. I haven’t met Dugald in person. And I might not for a while yet. But, I know he is reliable, honest and dependable. He has the qualities of a friend. I don’t drink, but I might take it up, just so that I can answer the question of where I am, asked down a mobile phone: ‘I’m just having a few beers with Doogs at the London’.

I met Chris only when I started to contribute to TTBB. He has often been the first to comment on my pieces. He has appreciated what I have written for TTBB. He has worked hard in developing TTBB. He is not only a wonderful designer, but, also writes clearly, straightforwardly and he is open about his life. I have not met Chris in person, also. But I would like to. I believe that when we meet, footy will only be a part of what we talk about. We’ll talk soccer, art, literature, family, travels and much else besides. 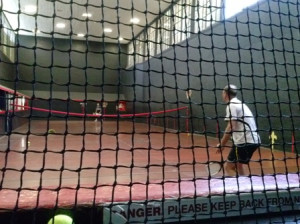 TTBB doesn’t run automatically: Chris and Dugald make it alive. In a season which went downwards rapidly and has only stabilised recently, Dugald and Chris have maintained the Tiger focus. TTBB is about the broader culture of being Richmond, being the Tigers. Their work represents many; but, last year the Club chose not to support TTBB. Perhaps it will one day. I wanted to write for TTBB because it presented me with an opportunity to write about ‘footy’ and ‘sport’ more generally. I felt the easiest way for me to support Dugald and Chris was to offer my writings for TTBB. They generously gave me a column. They said, ‘write what you like Andy’. ‘No strings attached.’

I started writing on footy because I wanted to broaden my areas of interest as a writer and a researcher. I did my PhD on Seno Gumira Ajidarma, an Indonesian author who has written a lot about the great city of Jakarta. Through reading his short stories, I became more and more interested in urban culture. And then, I realised the importance of sport in urban life. And I realise that ‘sport’ is ‘culture’ just as ‘literature’, ‘the visual arts’ are. So, although Seno’s novel, Nagabumi (a historical novel set in the 14th century throughout Southeast Asia) might seem far removed from the MCG on a wintry afternoon with Reece Conca getting a little hot under the collar, there is a winding pathway between them. This is the privilege of a writer: to be able to justify anything, in the name of making it a subject for her or his writing. All the better if one is paid for it. 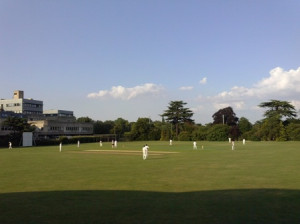