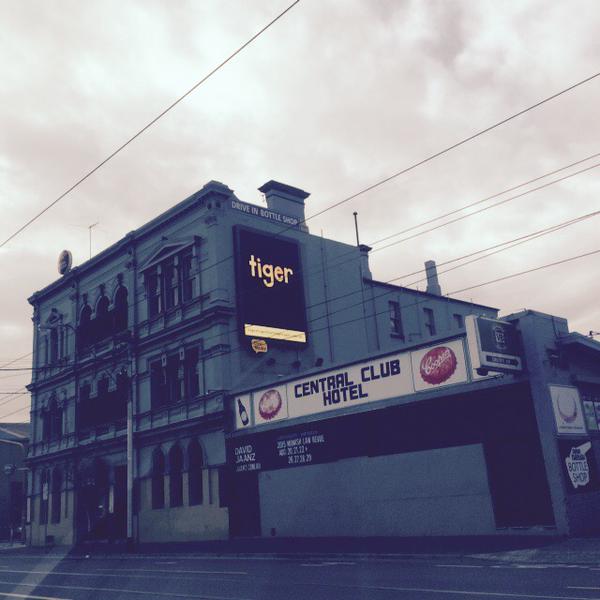 I realised today, a week after the fact, that I had not even vaguely considered writing up the Elimination Final loss to North Melbourne. I thought of this today while I was reading The Holy Boot’s sorrowful Tigers Don’t Win Finals.

As a means of self-preservation I often sarcastically yearn for the days where Richmond were hapless. I understand how to deal with that sort of failure. But this new failure is prickly, it pierces and it leaves you blind with pulsating disappointment. They’re laughing at us again.

Unlike Boot, I put it behind me straight away. I am a less emotional Richmond fan, optimistic by nature and burdened helped by my family makeup; a wife and younger son who barely speak the football language, and an older son who needs a heavy dose of positivity any time Richmond concede a clearance from a stoppage, let alone a goal or a match.The Holy Boot has spent a week in mourning, unable to speak the names of the recently gone missing (Cotch), while I have spent the week pretty much normally with just occasional moments of staring into space, or banging the desk and shouting WHY CHAPPY WHYYYYY to the alarm of pets.

As footy gets to the end of the season I feel simultaneously the joys of spring and a mild panic at the dwindling number of games. I love the Tigers, I do, but I just love footy as well, so while it continues (counting down now 3 games left) I can distract myself from the misery that I know awaits. After the fella from Synergy Leveraged Events Solutions (probably) depresses the trigger to fire the coloured paper shrapnel at the 2016 premiers, it will be time to face this abyss.

I did go to the local Grand Final yesterday which was a belter, and the emotion at the final siren was as real as anything you’ll see in the AFL; of course I identified with the losers, strewn about the field like bodies at Culloden or Waterloo.

I cannot do what other fans do and throw themselves into trade speculation. There is no joy for me in tipping players to be delisted. The world of nods and winks and late mail about blokes walking out on their clubs – I am happy to read about it all in the past tense in March. No matter what someone has done or not done, if they’re a Tiger I want them to stay. How could Bennell or Yarran be an improvement, they’re not TIGERS.

I read another great piece today by 14-year-old Paddy Grindlay, Reflections On Another Wasted Year. And I am grateful to Paddy for giving me something I can safely turn my mind to.

Newy is not for booing. Newy is for cheering with emotion, for talking of loyalty and service. Newy is a legacy, he displays the Richmond spirit in every action. But he’s gone now. We are hollow without him.

Who is going to replace Newy? Not just on the list, I mean who is going to replace his heart, his wisdom, his courage and his leadership? I nominate Bachar Houli. Bachar never goes missing. The difference between his best and his worst games is negligible. His courage at the contest and in taking responsibility are unquestioned. As a quality person you would not find better on any list in the league. We did not realise what we were getting when he came across; so much more than we expected.

I am talking to you now Bachar. We need you brother. There are blokes at the club who have been there longer than you, blokes who are younger, there are better players than you, more athletic, blokes with 3rd or 4th generation footy brains in their hands, in their feet. You can teach these guys something. There’ll be new guys coming in, teenagers from the footy factories, journeymen and discards from other clubs, Stevie Morris types who might have won a few premierships in the WAFL or SANFL and think they know what’s what. If you can teach them your calm, your patience and your constancy, we’ll be a better team.

Let them laugh I say. There is a streak of wilful ignorance running through footy; it expresses itself nastily in booing Adam Goodes but also in the easy stereotypes of clubs. We all love to have a go at the party boys of St Kilda, silvertails of Melbourne etc, but of course St Kilda had Lenny Hayes and Robert Harvey; Melbourne had Rod Grinter. The tropes are easy to overturn. I think the worst thing a club’s followers can do is identify themselves with a defeatist stereotype. I am all for Footscray doing whatever it can to escape the image of doughty battlers. And I refuse to bow to people who want to paint Richmond as chokers.

I believe we can make finals again in 2016. I believe the team owe themselves and the fans a vastly better performance in their next final, and we owe it to the team to expect that. The laughter is nervous laughter. Look at this mighty club, its got its shit together at last, its got 70,000 members and an administration the fans are actually proud of. Imagine if they could just put it all together on the big stage in September. They should laugh while they can. Go Tiges.