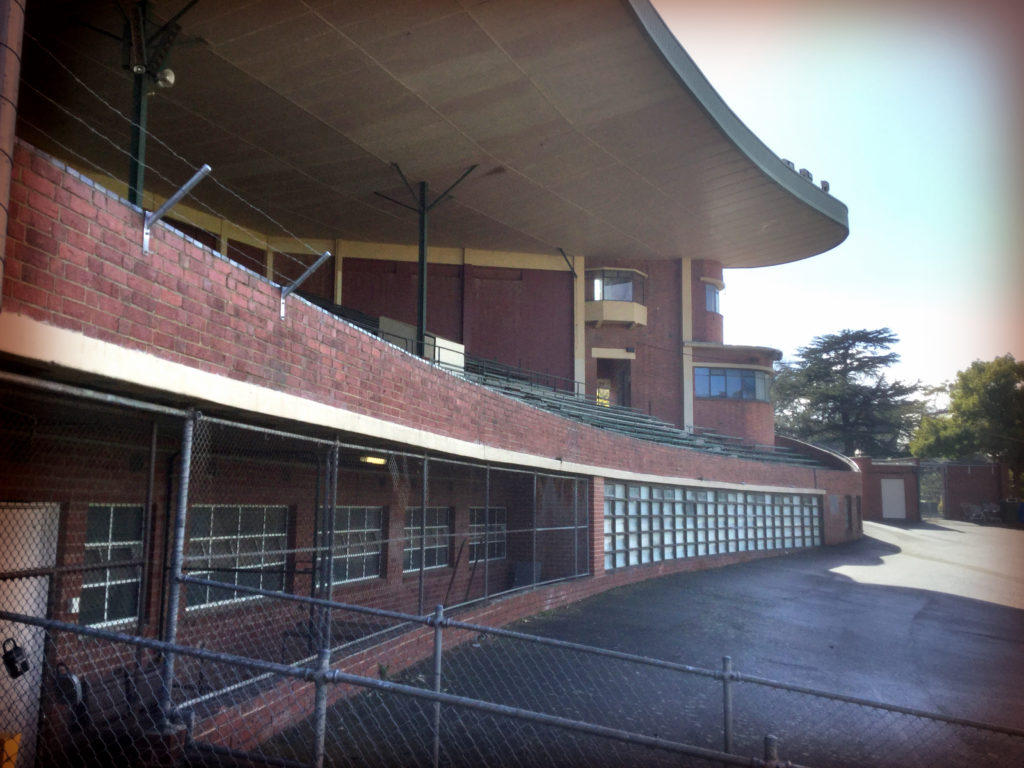 On Saturday, Andy and Cahaya and I got out early to catch another old VFL ground, Glenferrie Oval. I was totally unaware of the charms of this venue until I saw Mike Hugo’s ‘Footy Places’ design. I have never seen a brick Art Deco grandstand before.

This is very much my wife’s homeland. Her parents and grandparents grew up between Hawthorn, Kew and Camberwell. (This why she says dahnce and I say dants). Great auntie Val, who passed away in February at 97, was a lifelong Hawk. She would have spent many fruitless afternoons here during the pre-powerhouse years. She’s the only person in my extended family with an obituary in Footy Almanac.

Glenferrie was in use this morning for Ultimate Frisbee and Lacrosse. We kicked around a little ball we found for a while before Andy threw it back to the lacrossists; I had no idea it was theirs. The turf looks like Brunswick Oval; a fluffy multicoloured mess of couch, buffalo, moss and sand. The main stand is now locked away from causal visitors and arsonists, and looks well cared-for. I like the little stand of gums squeezed between the concrete stand and the railway line, and the once brown-and-gold post holding a sign about correct dog etiquette. 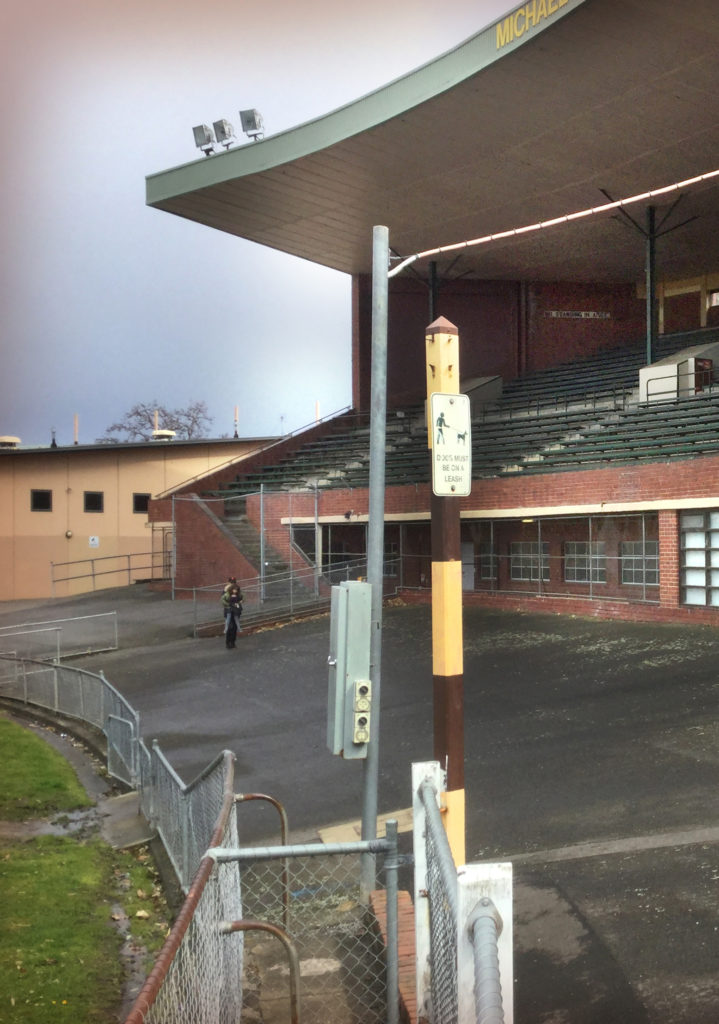 Even here dogs need to poo and wee correctly. 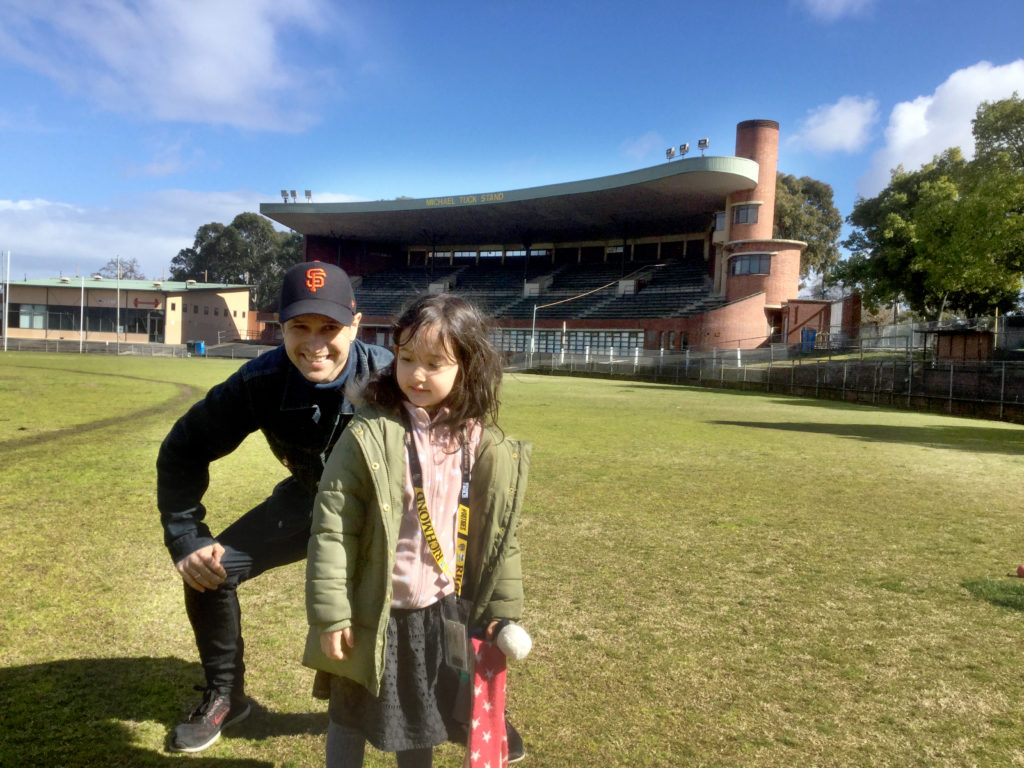 My hosts, Andy (@readingSideways) and Cahaya (4) 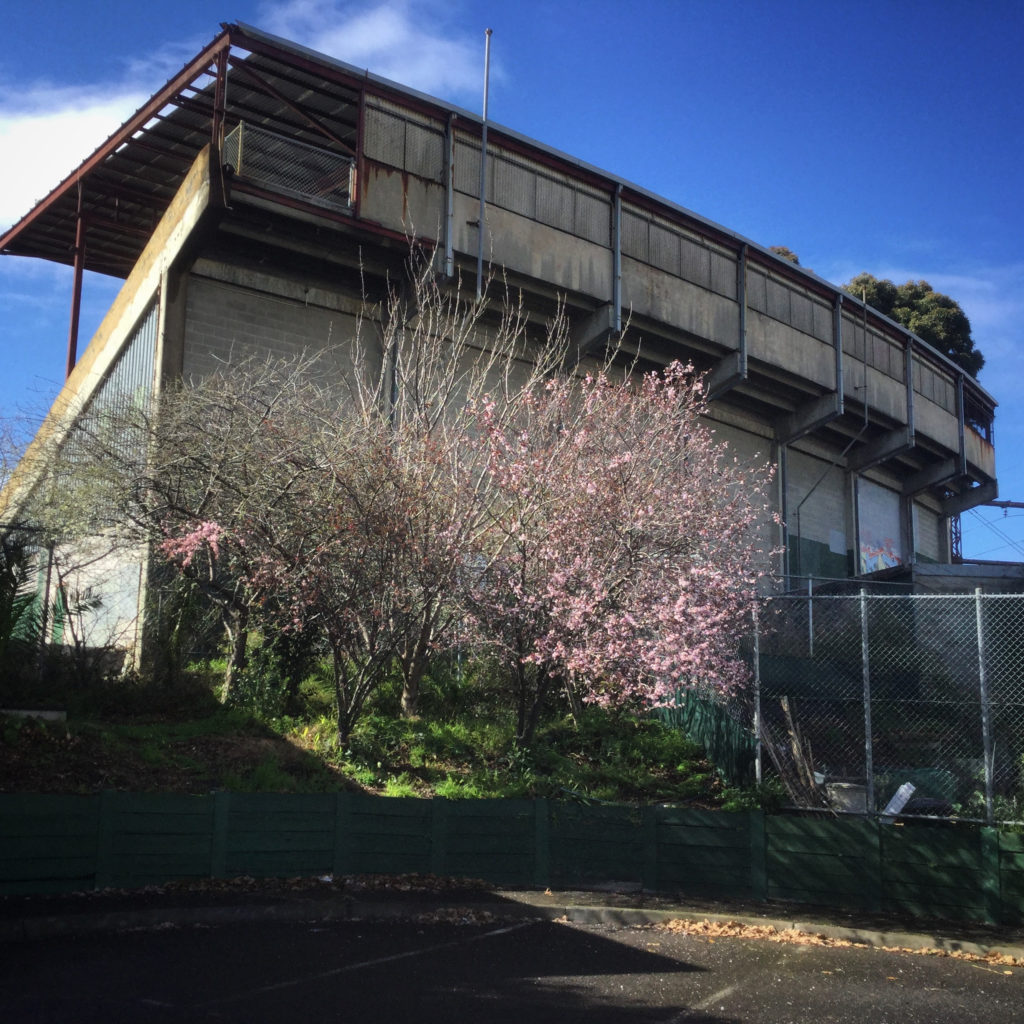 Around the back of the old home of the Mayblooms, Andy noticed the late August blossom kicking in. 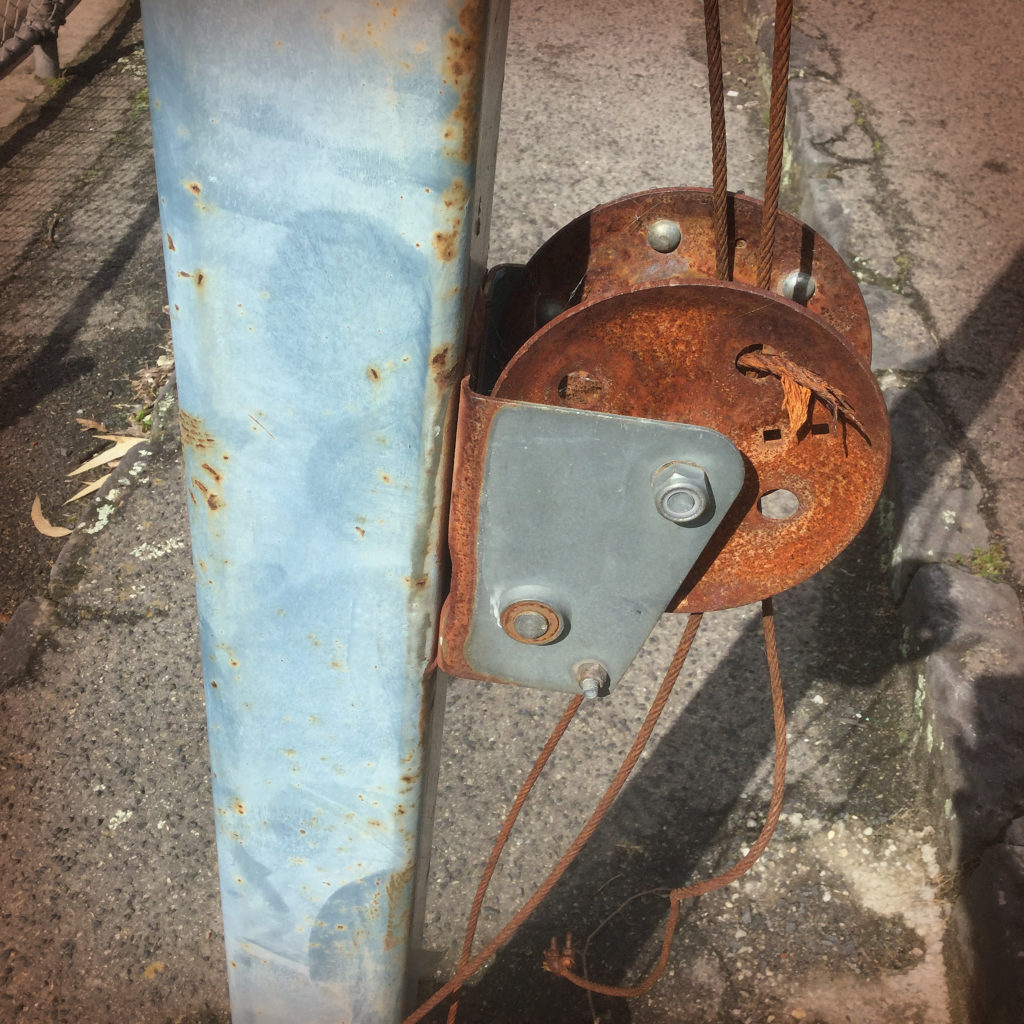 This pulley would have cranked the goalkicking practice netting up and down for legends like Huddo, Piggy, Lethal and Johnny Peck. 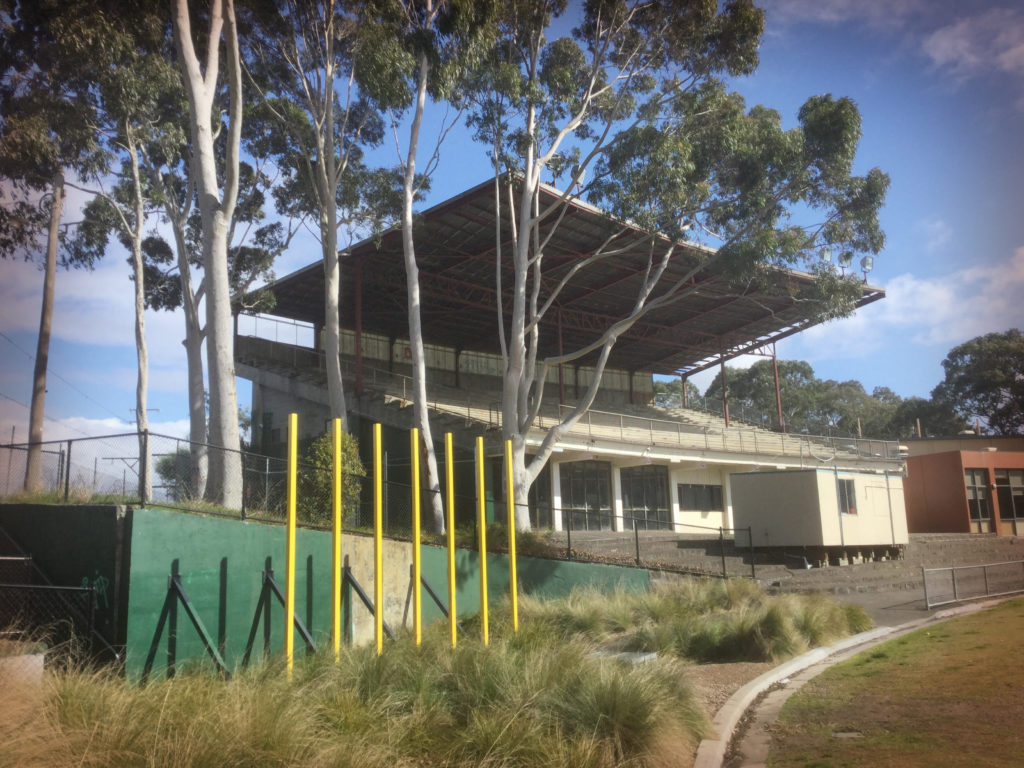 Love the gumtrees, but the cheese sticks have a certain Jeff Kennett quality to them.