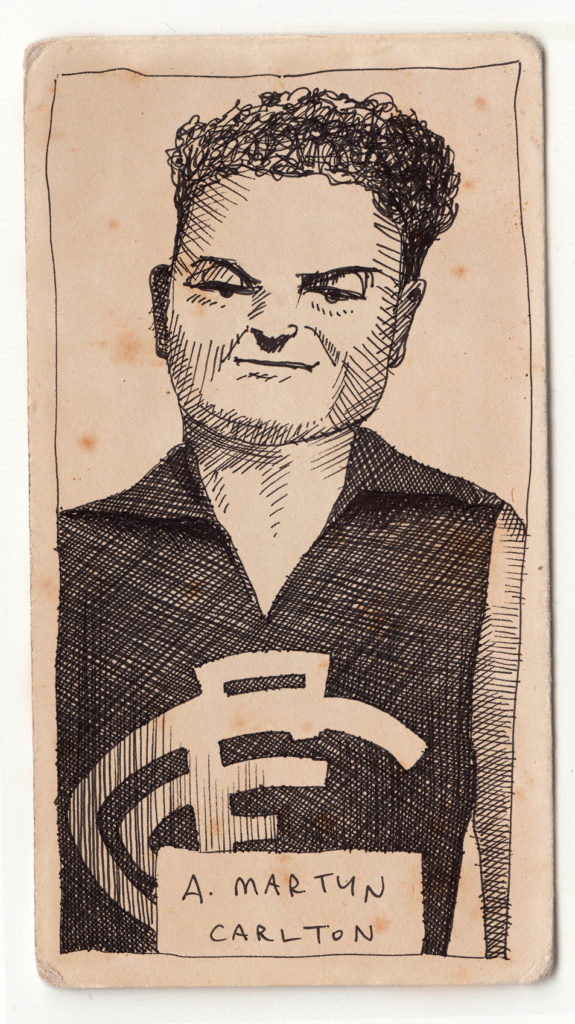 Aub Martyn was a Coburg premiership player who joined an exodus from that club to Carlton, where his brother Colin was captain. From 1929-33 he played 38 games (0 goals) before returning to Coburg. Bryce Gibbs now wears Aub’s nº 4 guernsey. 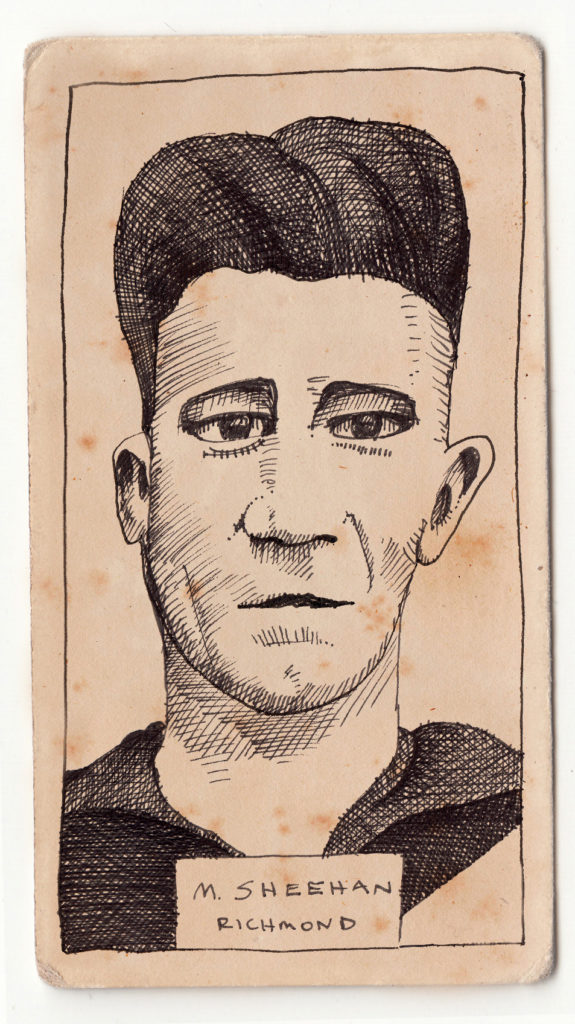 Maurie Sheahan (his name was spelled wrong on the card) was a star fullback during a strong era, and a 1932/34 premiership player. He also played in losing Grand Finals in 1929 and 33. He would have played against Aub Martyn, and also wore the nº 4 (now filled out by a different Martin, Dustin).