At the Gabba on Saturday night we arm wrestled a kitten, and as expected, we won. Only so much can be gleaned from this. I will have a stab at a few things that leaped out at me.

First quarter, Griff marks on 50 and turns his back. He nailed a lovely long goal from the set shot but I HATE seeing him turn his back on a play-on opportunity. He may have had a word in his ear at the break because in a similar situation in the next quarter, he took a mark with his back to goal and wheeled around to look for a target. Much better.

Shane Edwards’ vision in tight is exemplary. His change-your-mind handpass outside to Cotch about 120° to the direction he was moving was very nice, and led to another early goal for McIntosh.

Cotch did all you could ask of him after a quiet start to the year. Did I imagine it or has the quiff undergone a bit of a prune?

In the 3rd quarter Chappy’s square pass to Grigg for a goal was beautifully precise. But he was under no pressure. At this point the Lions looked shot and every Tigers highlight can be considered good for confidence but not much more.

The scoreboard gives the impression we were ruthless but in the last quarter Mitch Robinson dropped a ball and had leisure to recollect it and ping accurately to an unmarked Aish in the square. When Robinson drops a ball you drop him, and I can’t believe no-one was on hand to give the bump debate another kick along.

Finally this game had one fantastic ingredient I am hoping to see again, and that was a goal ump in coke bottle glasses. It’s the year of the fan, so give us what we really want Gillon – dustcoats, white hats and full television coverage of the flag work. 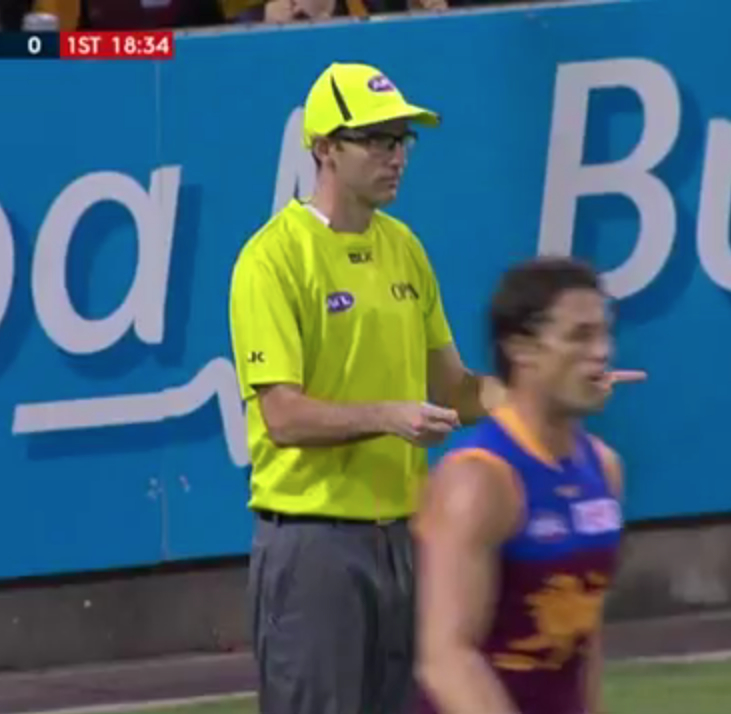