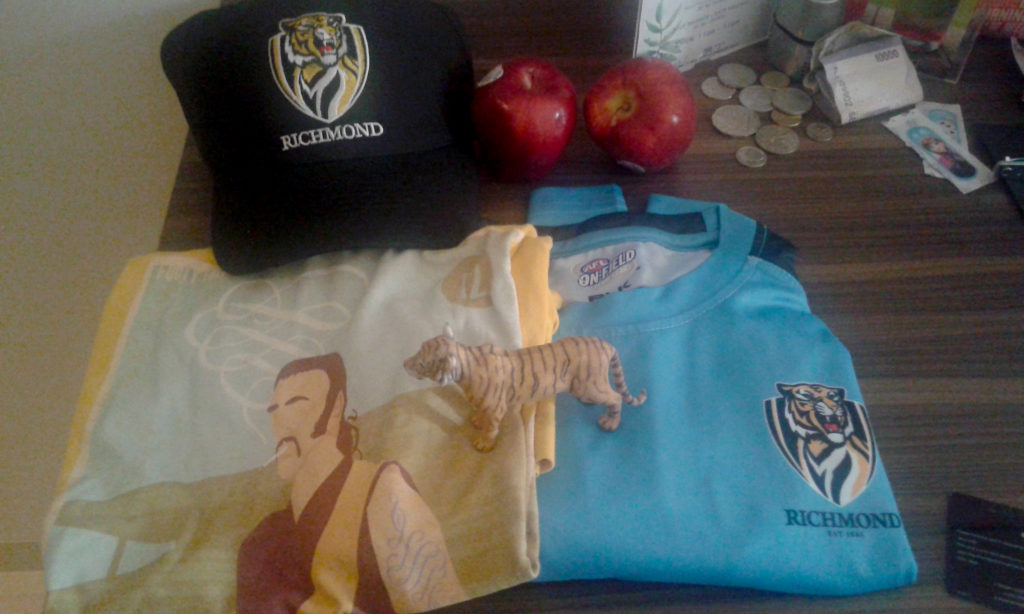 Have Bones, will travel.

So, the Richmond Football Club is into the Australian Football League’s Grand Final of 2017. I’m a member, and over the past 15 plus years, I have been to as many games as I could. Some of the highlights: Richo’s ten goals against the Dogs; some close Dreamtime at the G wins; Dusty’s emergence. For half of the last fifteen years I’ve been living overseas, so I have not been to as many games as many other Richmond fans. I’ve missed all of their recent finals. Heresy of footballing heresies, I haven’t even been a member every year. Footy is a part of life, rather than life itself. It’s not more important than life or death; but going to the footy with friends and strangers provides intense emotional experiences. I also like going alone to games and becoming a part of both the real and imagined Richmond community. Singing together; high-fiving strangers; exchanging banter and commentary.

I went to every home game this year, except for one (the Bulldogs game), and then, come September, I found myself in Indonesia for family and work reasons. So, I have missed the two finals played already, but will be back for the Grand Final, which, somehow Richmond have found themselves taking part. I’m not the world’s most dedicated Richmond fan; but following the Club and Team is satisfying and enjoyable. Yet, following the Tiges also fosters anxiety and frustration. Perhaps this is the reason I found myself on the verge of tears when I saw Trent, Titch and Nank celebrating the win. Seeing Jack Riewoldt in tears after the win fostered more love for this team: the players themselves are unashamedly emotionally invested.

Of course, as a just a regular member, I have no chance of getting a ticket for the Big Dance. Given that the participating team’s supporters have been structured out of the ability to reasonably purchase tickets, I’m not even going to bother to try and somehow score a freebie through connections or friends. Compare this with the recent case of FC Köln fans going to London to watch their team play against Arsenal. Out of the tens of thousands of fans wanting to attend the game, the Club found a way to make sure that members who had been on board for 20 years were able to purchase tickets if they chose to. 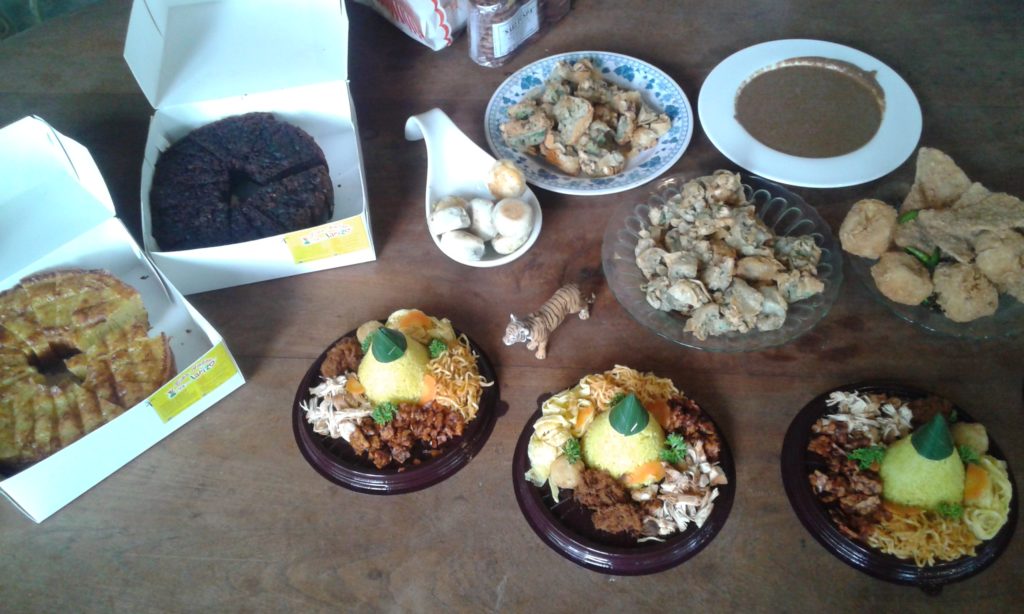 I watched the Preliminary Final from my hotel in Yogyakarta in the company of my four-year-old daughter, who, thanks to the influence of her kindergarten teacher, is a Bulldogs supporter. She watched Hey Duggee and Peppa Pig while I worked hard at not expressing any emotion as the Tiges ground down the Giants. As 93,000 Richmond fans roared at the game’s conclusion, it was clear: tradition trumps fabrication. It was also clear that a champion team beats a team of champions. Yes, Richmond are not ‘champions’ yet, but the team embodies that spirit of playing for each other; knowing one’s role. Players can have bad games, but still make crucial interventions: Castagna against Geelong, Butler against Greater Western Sydney. And the irony: Brett Deledio jumped ship to find a premiership elsewhere, only to be handed a defeat from the supposedly hopeless club he left.

Amidst the euphoria of making the Grand Final, some things remain as unnecessary interventions from the Australian Football League. Richmond has agreed to wear their Away jumper at the behest of the League’s administrators, despite there being no clash. The arrival of away jumpers is a part of the increasing diversification of themed jumpers. It is another piece of merchandise that can be put on the racks at club shops. The jumpers do not clash; but yes, the Away Richmond jumper is easier to see. The bright Puma yellow, as with the Borussia Dortmund and Ceres Negros association football team uniforms, could light up a bleak winter’s night. It is my hope that the Club has only appeared to acquiesce to the Australian Football League’s whim, only to run out onto the ground on the day, in its traditional and proper jumper. 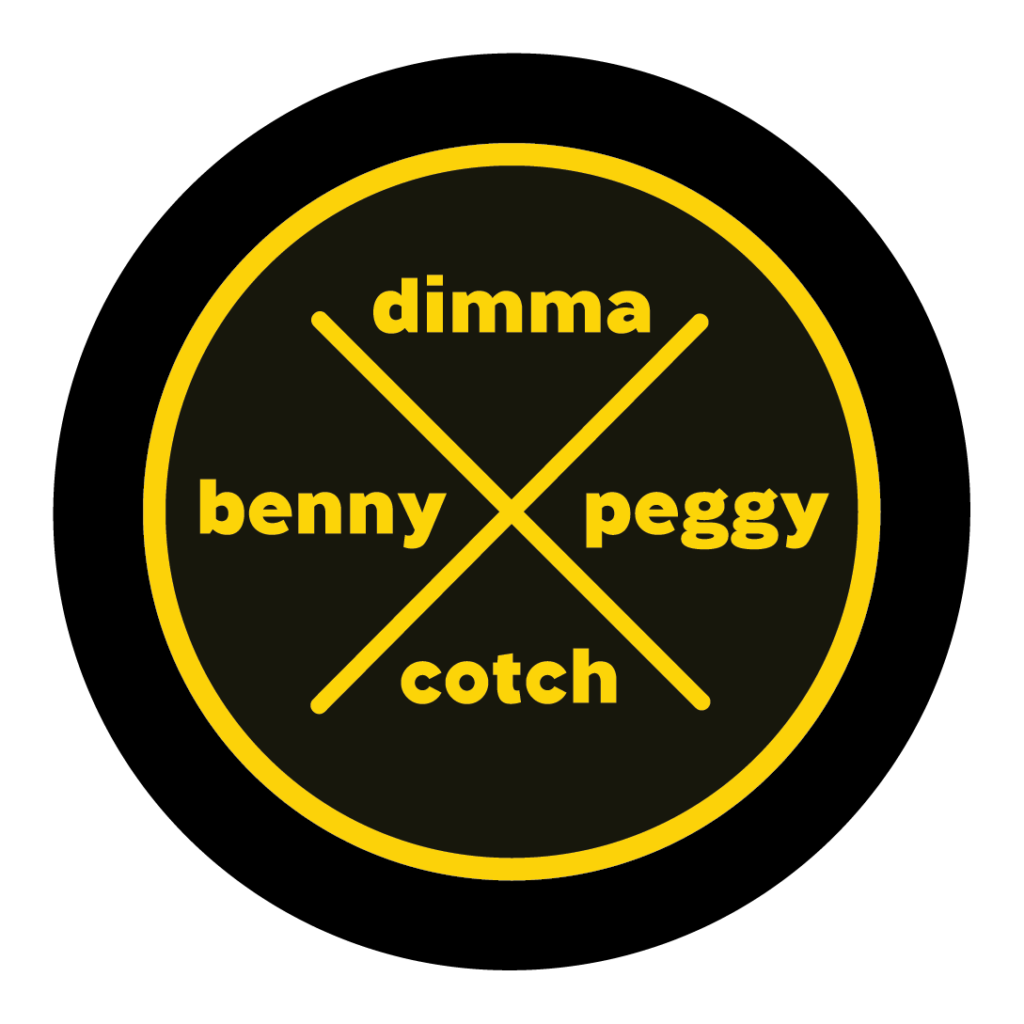 The current state of the Richmond Football Club is a testament to the work and vision of its current leaders: Peggy O’Neal, Brendan Gale, Damien Hardwick and Trent Cotchin. Add to this list, too: Neil Balme, Justin Leppitsch, Blake Caracella, Xavier Clarke. The team’s journey to the Grand Final is not a fairy tale; it’s just the result of playing and working smarter. Last year, there were indeed some rumblings from fans and there was a hapless short-lived challenge. I too had some issues with the Club: one being the relative rarity of representatives being elected to the board; and the manufactured passivity of the fan base. Being a supporter of a club has to go beyond merely showing up at games and buying the merchandise. Many Richmond fans do this. There are blogs, podcasts, websites, forums, Facebook groups, countless twitter accounts, and of course, there is the Richmond Football Club museum founded with material from its fans and curated by Mr. Roland Weeks. I had no real criticism of Damien Hardwick other than to think ‘he needs to find a few more tricks’.

This sudden arrival in the Grand Final is a curious blip on the narrative of the recent Richmond story. Aren’t we meant to be perennially struggling? Endlessly creating new ways to lose? This team has been curiously consistent all season: some surprise wins and then some resilience after some horror losses. The emphatic wins of the last round and the two finals show a strange hunger to dominate games. If it all ends in glory and more glory year after year before we fall in a heap after numerous premierships, well, I’ll be able to cope with that. Let’s just remember that what makes this club so legendary, is its tradition, values and connection to society beyond the limits of the footy field. 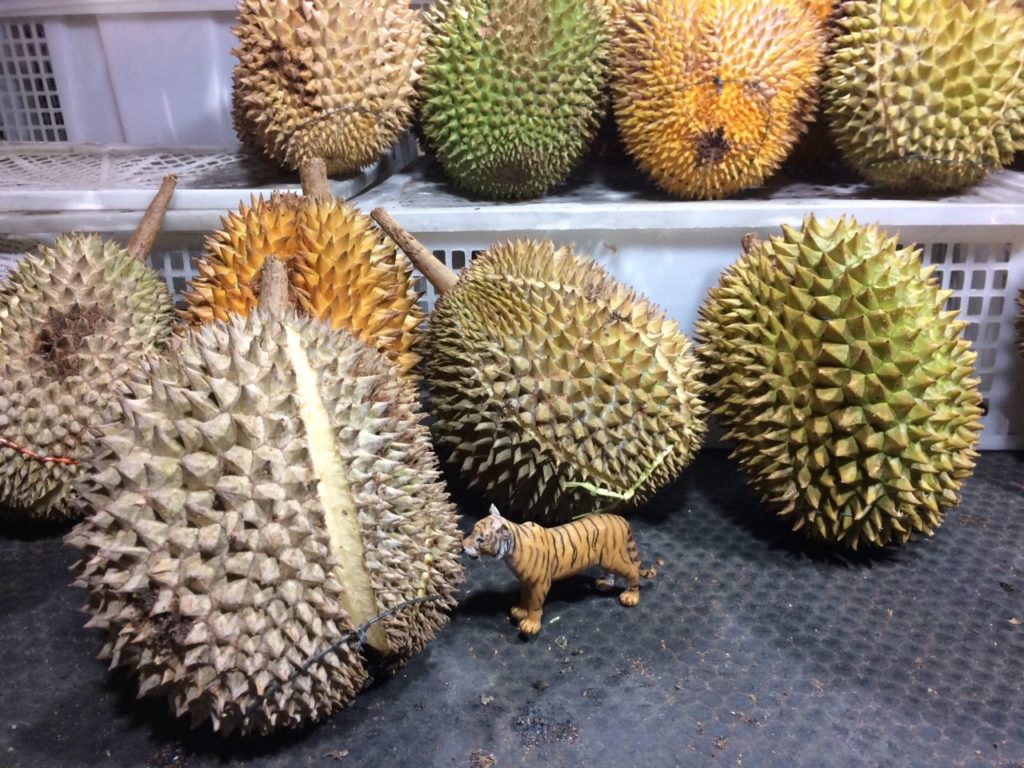 A tiger in his natural habitat, amongst enormous durians.