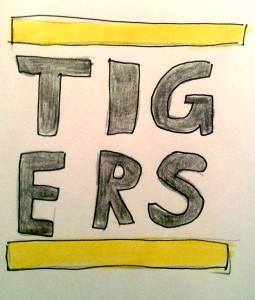 Eduardo Galeano died on 13th April 2015 in Montevideo, the city also of his birth. One of his most famous passages is as follows:
Years have gone by and I’ve finally learned to accept myself who I am: a beggar for good soccer. I go about the world, hand outstretched, and in the stadiums I plead: “A pretty move, for the love of God.”And when good soccer happens, I give thanks for the miracle and I don’t give a damn which team or country performs it.

Galeano’s passage above is an invitation to admire the beauty in sport; to give up on team rivalries and being biased, one-eyed. He transforms the position of supporter into that of appreciator; one who is blind to team jerseys and jumpers and instead considers only beauty. 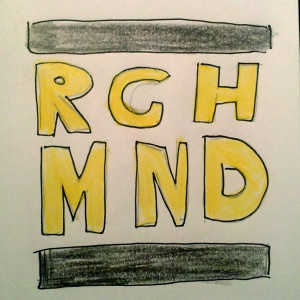 Is it possible to watch a game without considering the score and while forgetting our allegiances, whether they stem from family, geography or ‘tradition’? I doubt for many it is possible. I doubt for me it is possible. I watch Richmond games and fret and look at the clock and groan at the errors or disruptions to attacks; I feel more relief than joy when the team wins. After all, I’ve played no part in it; just a spectator from a distance.

‘Pretty moves’ are more likely to be more common than victories for one’s team. A game, is made up of so many moments, each playing a role in victory or loss. Richmond too produced a moment of beauty in the match against Melbourne, in the second quarter. There is pleasure to be taken in watching a player play better than he has before. But, this is a team sport, and supporters are hungry for team success, which is virtually always a zero-sum equation.

Mr.Hardwick used the term ‘un-Richmond-like’ in the aftermath of the loss against the Bulldogs. The loss was disappointing, not because it was a loss against a team ‘that we are better than’, or because it was against a team coached by first-year coach. It was disappointing because the team had many opportunities to score goals and didn’t. Moreover, there was a sense that the Bulldogs players wanted to play harder than the Richmond team. They were hungrier; they had more appetite. 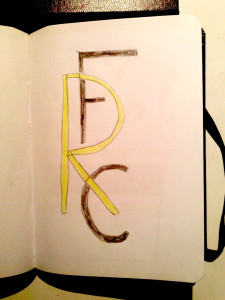 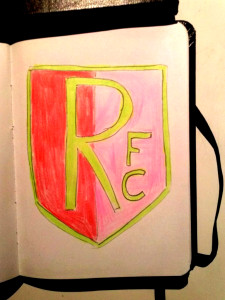 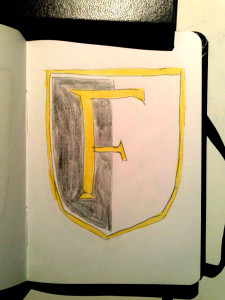 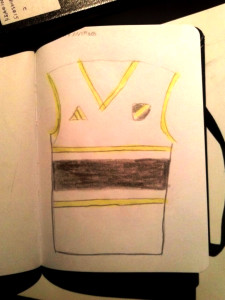 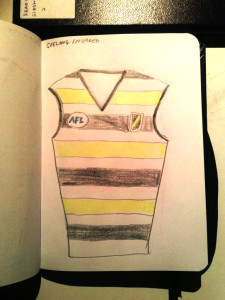 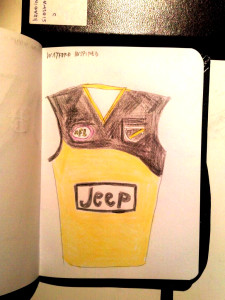 But, anyway. The comment ‘un-Richmond-like’ stuck with me. This term refers to the very essence of Richmond-ness. What is a Richmond-like performance? The mind boggles which Richmond one would like to use for evidence in defining Richmondness.

The jumper is the most iconic image of Richmondness. Even though it now doesn’t look like it used to – ie with advertising and logos applied all over it, the yellow-sash on black is unmistakable. It is a traditional footy jumper which undergoes minor alterations almost yearly. Regardless, each time the team comes out to play, us Richmond fans can see the team and agree, ‘yes, those are them Tiges.’ ‘Come on you fellers, eatemalive.’ 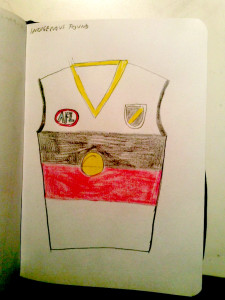 It helped remind me of the qualities of rival teams. And so, I drew a few variations on a yellow-and-black theme, in the styles of other teams. Pardon my heresy. They are only drawings.

I have come to the conclusion that the yellow-sash on black is still the best jumper. But, please, a Richmond-like performance to go with it.