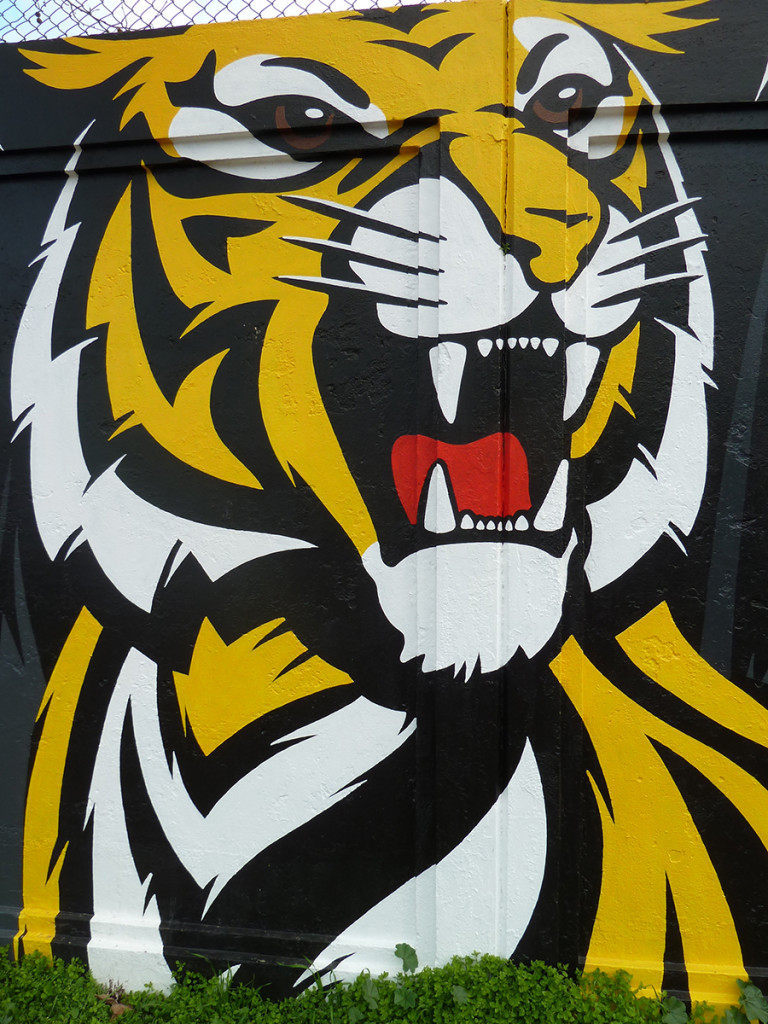 An idea we hold dear: but toothless on Friday night?

Friday night, and all of us know these emotions – finding defeat in the most improbable of ways; a dull resignation, the disappointment that takes days to lift. But does it really lift at all? Or is barracking for Richmond an emotional scab that adds new layers with each macabre loss?

Oh Richmond, why is it so often thus?

History books say other clubs have had lesser success, but we all know history is bunkum. No other football team in recent times has perfected failure like Richmond. This is not opinion; it’s fact. Look back over the past 30-odd years. We all know what’s happened.

Because of our shortcomings, for so long Richmond has been a popular “second team”. Other supporters have willed us to do well, if only because easybeats are always easier to like.

But after Friday night, frittering away a win with panic, even other supporters have given up on us. They’ve tired of us, tired of the waiting for us to come good.

This is not analysis; it’s the way it is, the way human nature works. People want their “second team” to at least squeak past Collingwood, when they’re down for the count, on the ropes. 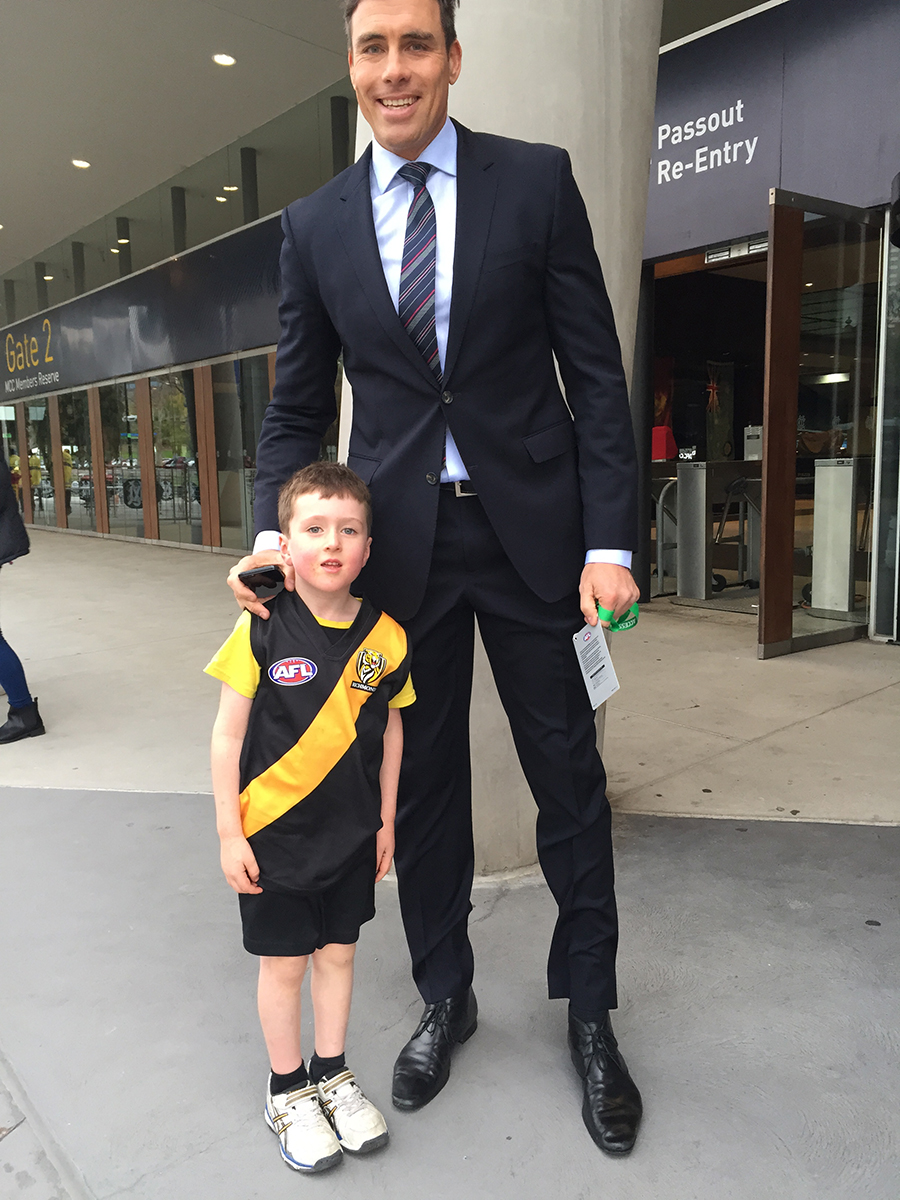 Our Mr Six-year-old finds my phone by the bedside on Saturday morning. He turns it on, looking for the football score, for the result on Friday night. He loves reading out the scores of all the matches played, announcing each venue, and the home team.

“Aww, we lost,” he says, walking down the hallway.

“But only by one point!”

I am pleased he is pleased by such a narrow loss. What he doesn’t know will not hurt him.

Richmond supporters remember well out first wooden spoon in the era of the national draft, a recruiting system designed to equalise the competition. For finishing last we got first pick, a leg-up. The brains trust at our club chose a six-foot-seven-and-a-bit ruckman from Adelaide. Two years later he made his debut, played four games, kicked five goals, the team again finished last and our great hope returned from whence he came, never to be seen again.

His surname, it rhymed with ‘flounder’.

Richmond people know of five-year plans, and false hopes, and what it is to be ninth-best when only eight teams make the finals.

We know how a game can be lost after the siren to a team from the Gold Coast, from the boot of a rugby league player.

We know what it’s like to watch the right leg of the team’s star goal-sneak break in the middle of the Telstra Dome on Friday night television; ending his season, and ours. And how it feels to lose to Carlton, then wake up on a Saturday morning to news one of our key-position forwards, recruited from Fremantle, had run into a tram after the game. He was in hospital, in a coma.

It has been death by a thousand cuts, a long and slow humiliation, and frustration.

“The worst 30 seconds of football,” as Paul Roos, in the commentary booth, dubbed our second loss to Gold Coast, keeps repeating itself.

The loss to Fremantle three seasons ago, playing away, after we got our noses in front. And the loss to the Dockers last year, leading all afternoon at the MCG, then a schoolboy error gave the ball back to them, and they won it on the siren. And then last Friday night, and 40 seconds, and Collingwood, and an oh-so familiar agony.

Our loyalties as fans are true enough, but our belief is loosened, our trust weakened, until proven otherwise.

This is not hearsay; it’s an emotional response to profound disappointment. 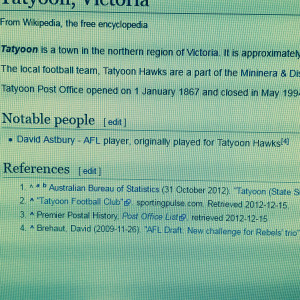 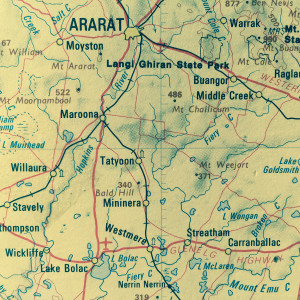 Many thanks to all who logged comments on the blog last week. Vince Morton, Laraine, Donnie, Skippygirl in the forward pocket, Alison from Chifley, metasayer, Chris, Tiger Tommo, Kate, Yogi and Andy. It’s like the old team’s back together, back on the park, topped-up with a few fresh new players. Please take some time to find and read their comments. All are valid.

I had hoped to write some gentle and kind words about our football team this week, but after Friday night I’ve not been in the mood. The missus got home from her night out distraught by the result, finding me in bed, reading a fan forum, wondering what went wrong; sort of disbelieving about what I had witnessed. Soon as the game finished, I turned off the TV. Was in no mood to dwell, time was better spent washing up the dishes.

She commented about how magnanimous I seemed about the loss. I told her, on past record, it was not unexpected.

Earlier in the day I had Googled Tatyoon and learned in the latest Census it had a population of 326, and the township has only one notable resident, who plays for Richmond and played well again on Friday night.

Eight weeks to go, and if all goes well, I’m off to see his home team play in the Mininera & District Football League. I’ll probably take our two boys along.

I’ll do anything to find a good news story.

Andy Fuller emailed from Europe, with a brickbat for last weeks’ blog that needs explaining.
“I was a little surprised to see Daniel Rioli criticised in such a manner,” he wrote.

Rioli’s incident stuck out and was obvious to everyone in the stadium as being a mistake. I had initially thought that tiger tiger burning bright could become a viable medium for expressing valid and well-contextualised observations and where warranted, criticism of the team. The players should be respected and not subject to online bullying and harassment, or ridicule (as Hampson has been on Instagram for instance).

I would also be reluctant to name specific players (and thus I didn’t like the specific Rioli reference): but I do think the coaching staff can be criticised if reasonable and based on a pattern of decisions, rather than just one incident.

I replied to Andy immediately, realising the error of my ways.

“I was meaning to add a mitigation to the piece,” I wrote. “But was written in such a hurry, under such duress, in such unusual circumstances, I plain forgot. I did have in parenthesis ‘inexperience’ or ‘exuberance’.” 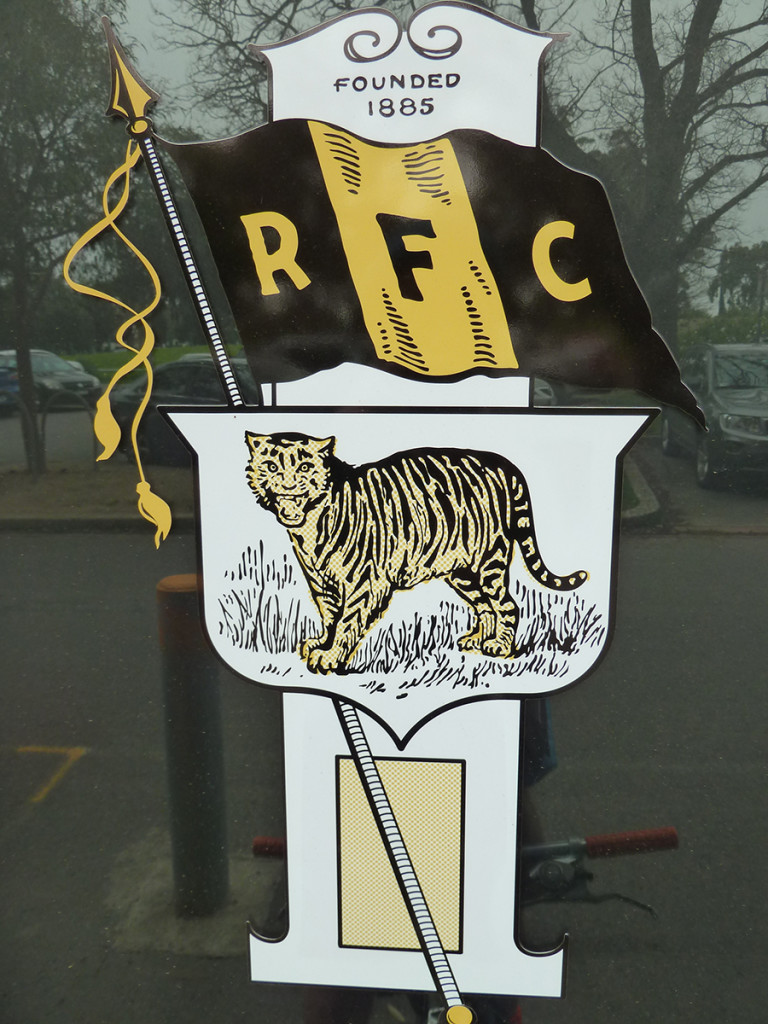 What should have been added to the piece is that Daniel Rioli is 18 years old, was on debut, is from the Northern Territory, and has a family name remembered fondly by many at Richmond. Whatever errors Dan made in that opening game, they hardly mattered. I really wanted to welcome him to the club. I was playing devil’s advocate.

And as I added in my reply email: “Of course it’s debatable if Rioli’s shot was ‘selfish’. Could rightly argue he was thinking of team rewards above personal glory. Just an error of judgement.”

My ‘no criticism’ policy is based on the assumption all players are trying their hardest. “No one goes into games to make mistakes,” said Nick Riewoldt, interviewed on The Footy Show last Thursday night.

And the policy is because so much of the game is about confidence. Taylor Hunt and two quick turnovers last Friday night was a rude reminder. If only I could boost the self-belief of our players. Our code of football is the most complex of all footballs – with so many players, played on such a large arena, and with no limitations on where players can be on the field – so I wish to emphasise how a short-cut to success in any team sport is selflessness.

Shaun Hampson played one of his better games for the club on Friday night, and looked to lift his effort in the last quarter. More, please. And Bachar was our best, as he often is. And David Astbury and Kamdyn McIntosh were dependable all night. And it’s such a shame Jayden Short’s stellar debut – such a good news story – was overshadowed by the loss.

Defeat is a very cold shoulder.

In email correspondence with Andy Fuller I posed a philosophical question: what is the best way to barrack?

It’s something I’ve been exploring these past few seasons.

By bending words as sweetly as a faultless banana kick, I have wanted to try and help budge my club’s narrative of defeat. In my middling years I cannot sit on my hands, watching mutely, doing nothing about what might pass on the field. I have loved the game and played the game and found meaning in, but for all my adult life my team – our team – has left me mostly empty handed.

Is blind faith the best way to change the fortunes of a club?

Is openness and honesty the best way to budge a narrative, rather than trusting what goes on behind closed doors, between the ‘four walls’?

Is it better to question and inquire, to offer alternate ways, to think of new methods of going about the business of football?

How have the Western Bulldogs, who lost a preliminary final to St Kilda by four goals in 2010, gone about rebuilding their list to play finals last year, and look to be contenders again this year?

The hour is late, self-doubts arise.

All I can do is barrack, with the best of them, and keep looking for all that is good in Richmond.

Tiger tiger burning (not so) bright. 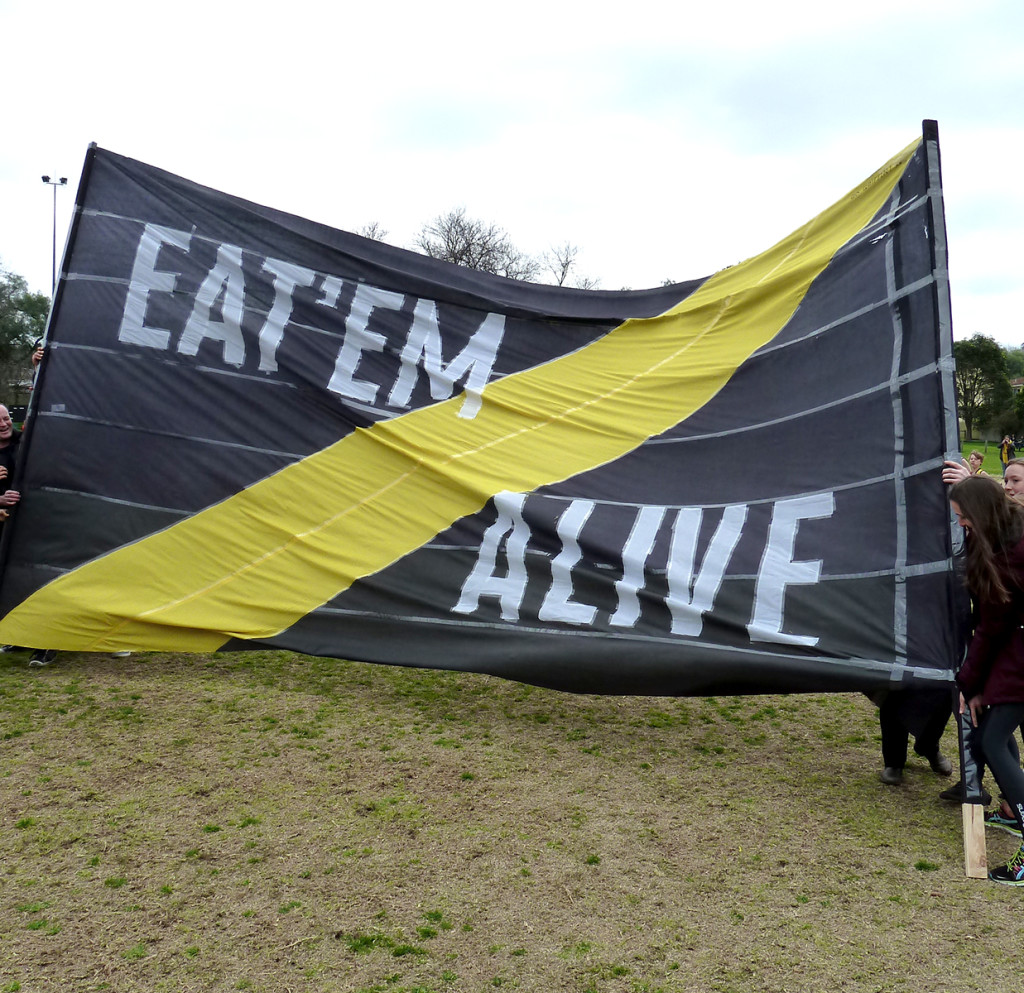 Simple message: for this Saturday afternoon.