What is a game of football without the crowd?

Last Thursday night I hardly saw the game against the Lions. The first quarter was listened-to on the car radio, with two young boys asleep in the back. The second quarter was spent mostly unpacking, and greeting friends, and getting children to bed. The second half was watched on television with the volume muted, in a rental holiday house on the heel of the Mornington Peninsula; my support for my team consciously subdued in accordance with the company kept for this evening.

I was not at the game, I was not in the crowd, I was not watching alone, I was constrained by social pleasantries. Worst of all, in the rush to pack and leave, I had forgotten to record the game.

On Thursday morning I sent out tweets asking Richmond fans to send me a photograph of themselves – a ‘selfie’, if they liked – of them watching the game. In an age of technology we celebrate connectedness, but a digital world encourages also retreat.

I am fascinated by the idea of the crowd. Who are we? What brings us together? What does being in a crowd do to us? Are we empowered or do we lose our sense of self?

I think often of the numbers in the crowd, and the celebration of its size – an enduring theme in the history of sport in Melbourne. Only four other domestic sporting competitions in the world have higher average match attendances than the Australian Football League. For all who attended the Elimination Final last September, a lingering memory was in being in such a large crowd on a day in which our team played. How often does an individual get to count themselves among more than 94,000 other heads? It is more people than live in all of Ballarat, or all of Bendigo, or all of anywhere else in Victoria apart from Geelong (143,921) or Melbourne (3,707,530). A big football game is a small city.

Often I think what players must think when they play before such audiences.

Players cannot really know us – the anonymous crowd, the barrackers, the groupies, the supporters – like how we know their every on-field move. The idea of other Tigers sharing images of themselves from wherever they are, watching an away interstate game, is to build an abstract image of who we are.

And what a beautiful crowd it is! Thanks to all who sent photographs that in some way represent who they are and how they were watching the game on Thursday night. Some were at the Gabba, some where at their home, some were at another’s house, some where on holidays, some were on the other side of the county or – as with our very own Andy Fuller (see A Tiger Abroad) – on the other side of the world.

I hope every Richmond player comes to see this: a small but true sample of an off-field team who support their pursuits on the field. Here are the faces in the crowd. We are the barrackers. We are proud to display our support. We belong. Together we are a streak of Tigers, many of us bleeding yellow and black.

If the players ever need motivation, they can always think of us. Here we are, hear us roar. 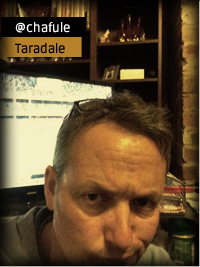 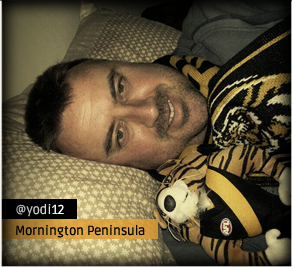 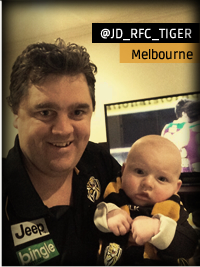 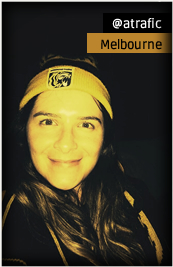 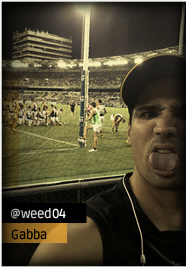 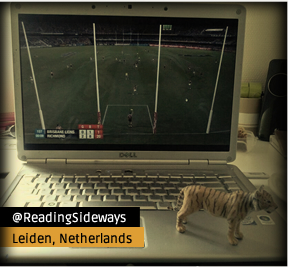 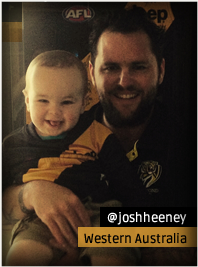 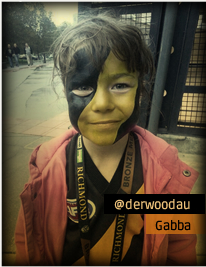 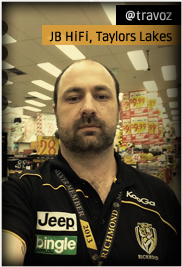 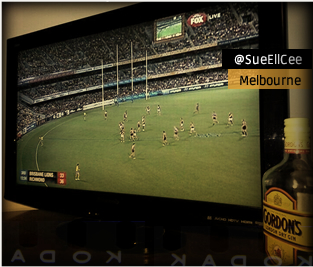 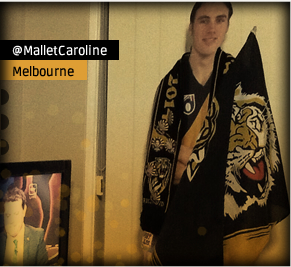 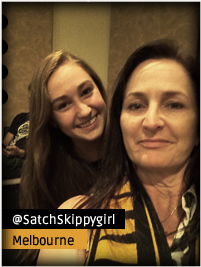 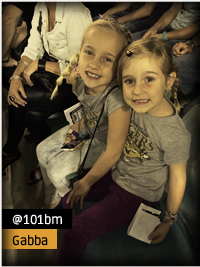 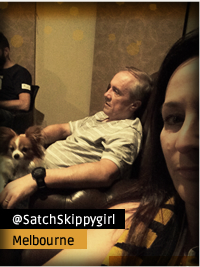 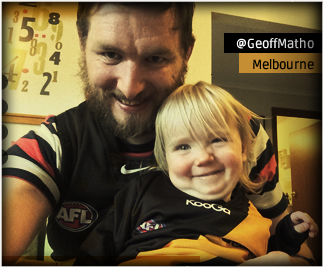 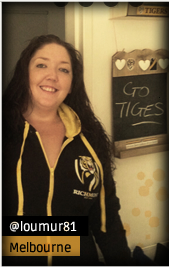 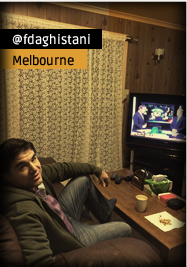 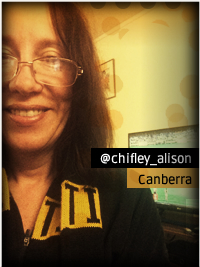 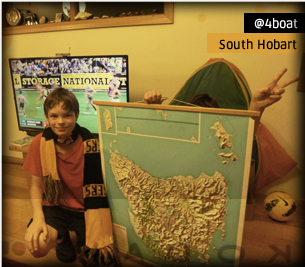 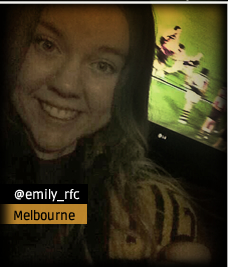 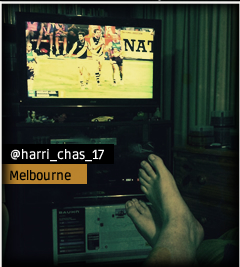 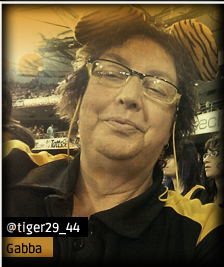 Big Tiger thanks, again, to Chris Rees for creating this becoming montage during his Easter break. If you haven’t already, please look at his Virtual Duffle Coat elsewhere on this site, and offer suggestions. I love that his duffel coat has come to include some from the other side of the fence, including Trout, Alice Wills and boot studder Ilmar ‘Drac’ Tilterns, among others. His is a shared space, where the demarcation between players and fans is blurred; where all are Richmond.

I encourage all TTBB readers to look at the comments left by others on other match report posts. Here are the voices in the crowd. I really appreciate the shared narrative, and other opinions and viewpoints. All are encouraged.

I had intended to include my selfie from Thursday night, but I was having a bad hair night. And from whatever angle, my nose looked big. Below is one from earlier this season. It was taken from a European plane tree on Punt Road on the Friday afternoon Richmond played Essendon in a practise match at Punt Road Oval. The game was a sell-out. I had no ticket. I am a barracker. I needed to watch, however I could.

While others were in a hospitality box, on the other wing, I was in the limbs of a tree, beside three lanes of north-bound traffic, very much on the outer and loving it all. With autumn leaves falling, the view now would only be better. 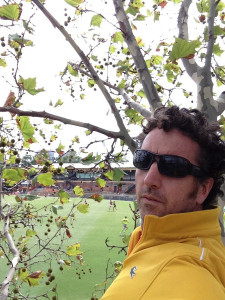