Each week, I will write a brief commentary on a book I am reading that in one way or another, relates to sport. If it is not a book that I am reading, it will be a book that I have read and consider to be important for one reason or another. I might also write of websites, podcasts or blogs.

I am reading Auster’s and Coetzee’s Here and Now, yes I am. These are two great and famous novelists. Early in their letter writing, the subject quickly turns to sport. Coetzee turns to sport after they have exchanged observations about the global financial crisis – Coetzee stating that it is just a plaything of numbers. He then writes of his guilty pleasure in spending many hours watching Test cricket. The game he refers to is the Melbourne test of 2008, played between Australia and South Africa. He writes of his utter absorption and of his conviction that watching sport is a waste of time: ‘I have an experience (a second hand experience), but it does me no good that I can detect. I learn nothing. I come away with nothing’ (Coetzee 2008, p.31). 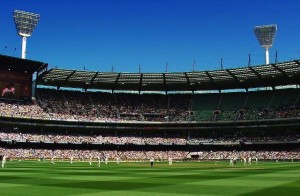 Coetzee, throughout the letters, frequently comes across as the grumpier of the two men. Auster, on the other hand, has a touch of lightness and humour in his writings. It seems odd that the two are such good friends: perhaps their friendship is facilitated by their distance. Indeed, Coetzee is known for his distaste for others – particularly those who have had the misfortune of interviewing him. Coetzee, in his formulation quoted above, doesn’t recognise that he has a first-hand experience of watching a game of cricket. He also fails to see a parallel between his work as a writer of fiction and the playing of sport by some for a mass audience of others. Coetzee is a purveyor of his so-called ‘second hand experiences’. The guilty pleasure he finds in watching countless hours of sport is a descendent of the earlier guilty pleasures readers of the rising medium that has become the ‘novel’. The novel, before it became classified, was considered an indication of a fanciful imagination and a reader’s detachment from reality. 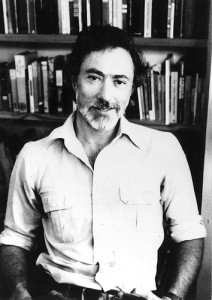 While Coetzee renders sport below literature, Auster finds a parallel. He compares sport not to the ‘books that you and I try to write’ (Auster 2008, p.37) but to thrillers or detective novels. That is, a literary genre that is formulaic and follows a set familiar tropes. For Auster, it is this formulaic-ness that facilitates the pleasures of sport. It allows for the pleasures of ‘the known’. He compares the pleasures of watching sport to that of food and sex: part of the pleasure comes from the anticipation, expectation and desire to experience it again and anew at the same time. Like Coetzee, he feels an ambivalence to sport – although Auster’s articulation is perhaps a little more nuanced. He writes that ‘one feels stupid’ for having spent an afternoon watching men collide with one another. And that he has removed himself from his professional occupation of writing books and reading books. Auster’s letter was written from Paris and he is full of regret for not being able to watch the New York Giants play in a playoff (Auster 2008, p.38). 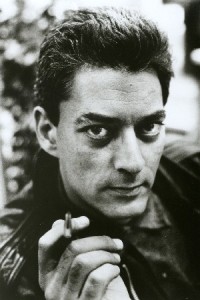 Auster and Coetzee use their letters to swap thoughts with one another. Most of them are unfinished. Perhaps they developed their thoughts while meeting up on their holidays in Portugal or France. Much context is missing. Nonetheless, their brief jottings on sport do present some of the persistent conundrums of watching, playing and considering sport. Auster and Coetzee however treat sport as being beyond their literary realm. Curious, really, given that they ‘waste’ so much time on it. 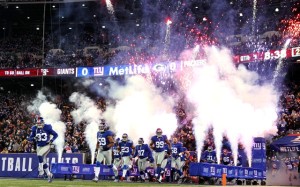