Dugald is a man with connections. One of his pals named Dan runs an outdoor advertising company IOM. Dan wanted some “local Richmond content” to put up on his new screen, on the wall of the Central Club Hotel, Swan St. So Dugald wrote a few things and I knocked up layouts, and boom – TTBB is on show on the main drag of Richmond 3121, in between the paid ads. 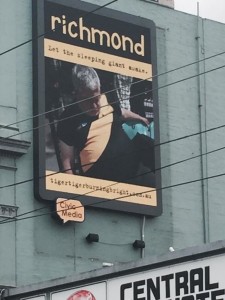 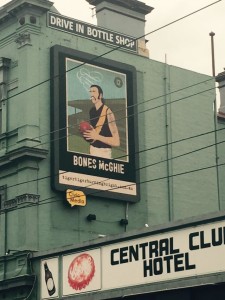 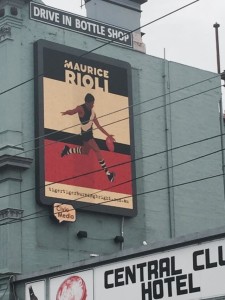 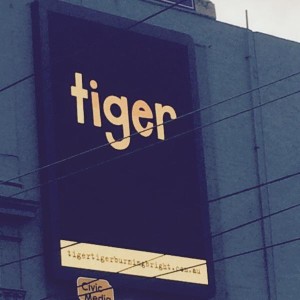 For the last few days Dan has been running a couple of specials for us. They will stay up until 6.00 this evening – when the Swans’ opponent for next week at ANZ will be revealed. 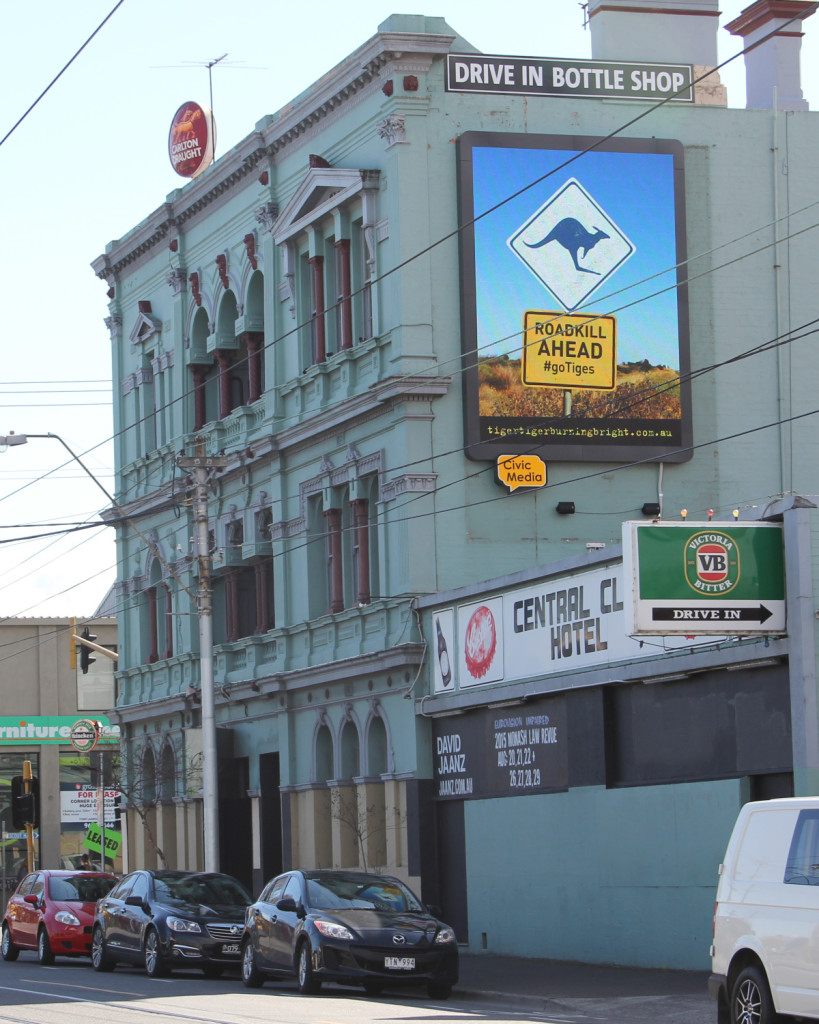 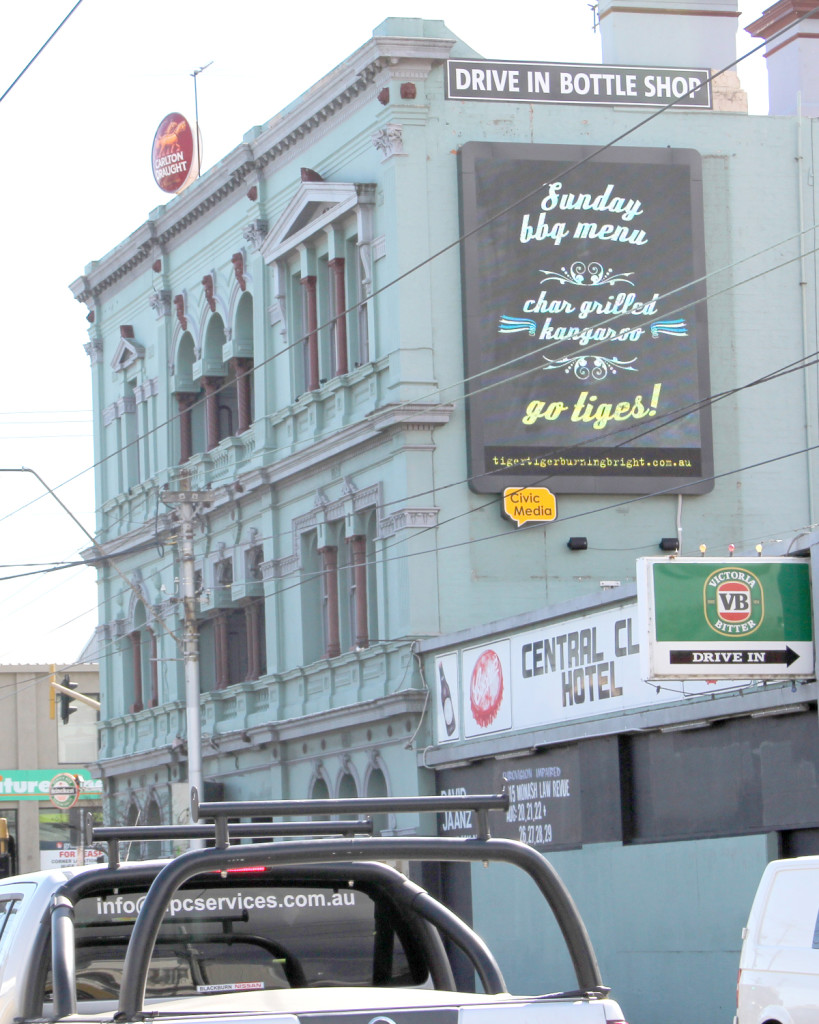